Planetary Resources Unveils Its Plan to Mine Asteroids | The Mary Sue

Planetary Resources Announces Its Plan to Mine Asteroids 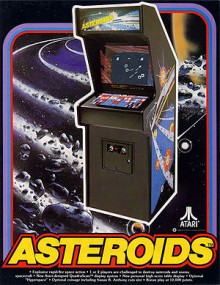 After speculation from last week, the star-studded supporters of the company Planetary Resources announced their intention to begin mining asteroids for water and precious metals. While an audacious claim to begin with, the company doesn’t stop there: Planetary Resources says it will launch its own fleet of spacecraft, bring in billions in precious metals, and even sell water from space-based depots. This just got even more exciting.

As reported last week, the new company has quite the cast of supporters. Quietly founded in 2009, by Eric Anderson and X Prize founder Peter H. Diamandis, the company sports the mix of big silicon valley money, Ph.Ds, and NASA veterans that have become common amongst commercial space operations. Its backers include Google CEO Larry Page, Google co-founder Larry Page, Ross Perot Jr., Google board of directors member K. Ram Shriram, and Charles Simonyi. As advisors, it draws from the likes of James Cameron and many others. All that money and big names certainly lend an air of seriousness to this project, but Planetary Resources is more than just a bunch of names — they have a plan to, in their words, “bring the Solar System into our sphere of influence.”

Now that they’ve announced their presence, Planetary Resources’ next order of business will be to begin gathering information about near Earth asteroids. Of particular interest to Planetary Resources are the 1,500 odd asteroids that require less power to get to than traveling to the moon. To learn more about these, and other potentially valuable asteroids, the company intends to launch its own low-cost space telescope called Leo. The space telescope will be built on a flexible vehicle platform the company calls Arkyd 100. According to Space.com, Planetary Resources plans to have Leo in orbit in the next 18 to 24 months.

Next would come up-close encounters. Using Arkyd 200 Interceptor craft, which are upgraded Arkyd 100s with an added propulsion system, Planetary Resources would visit asteroids swinging near the Earth, gathering valuable data about their orbits and composition. The Interceptor craft, like Leo, are designed to be small and cheap. This would allow a hypothetical Interceptor mission to be tacked onto an existing satellite launch, putting the craft quickly into orbit in a cost-effective manner.

Further upgrades could produce a deep space craft, the Arkyd 300, which could visit asteroids past the orbit of Mars.

Once suitable candidates have been found, Planetary Resources would dispatch autonomous mining robots to scour the space rocks for precious metals and water. The company is particularly interested in the platinum group metals, which are apparently abundant in space rocks. In fact, in the company’s promotional materials, they say that all the platinum group metals on Earth came from asteroids, and that, “a single 500-meter platinum-rich asteroid contains the equivalent of all the Platinum Group Metals mined in history.”

The metals could be sold on Earth, though if we’re talking big we may as well discuss the possibility of using the metals for construction in space. Though the company doesn’t expressly discuss that as part of their plan, they are particularly keen on keeping the water they mine in space.

Once water is extracted, Planetary Resources plans to sell it to other space craft from orbiting depots. Water not only provides vital nourishment for astronauts, it can be used as coolant, radiation shielding, and even used as fuel. From their press release:

“Water is perhaps the most valuable resource in space. Accessing a water-rich asteroid will greatly enable the large-scale exploration of the solar system. In addition to supporting life, water will also be separated into oxygen and hydrogen for breathable air and rocket propellant,” said Eric Anderson, Co-Founder and Co-Chairman, Planetary Resources, Inc.

For current space missions, carrying water is an expensive endeavor. Having a ready supply waiting in orbit would not only make launching cheaper, it could spur the further development of space habitation, and spacecraft design. While it might sound incredibly farfetched, space-based depots would provide a valuable foothold in space and were even made a priority in the most recent NASA budget proposal.

While the work Planetary Resources says it will do is exciting, it’s important to remember that they are a company with the intention to make a profit. Just more proof that things that are bad on Earth are extremely cool in space. Strip mining for precious metals on Earth? BAD. Strip mining asteroids? THE BEST THING.

Joking aside, providing an economic incentive for space exploration could certainly spur growth in the fledgling commercial space sector. What’s more, Planetary Resources’ bold plan to mine, store, and sell vital materiel for space flight in space opens the door for cheaper, more ambitious missions and even space-based construction. Though they may be for-profit, they’re still gambling on a risky and dangerous endeavor that is, nonetheless, vital to the advancement of space travel.

One noteworthy limitation is that, as of writing, the only really viable consumers for space-based fuel and water are probably government entities. While commercial space companies, like SpaceX, are making great strides, national governments are currently the only entities currently operating in space. Of course, Planetary Resources is just starting out as well. Perhaps it and commercial space companies will come of age together, and really begin to open up the final frontier.

(via Planetary Resources, image via Wikipedia)