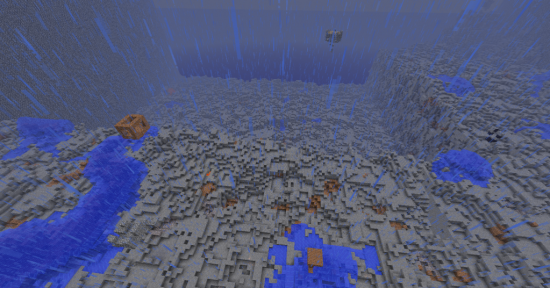 Minecraft is a lot of things: A fun game that you can never quite fully quit, a shining beacon of the indie gaming industry, the epitome of a rags-to-riches story. Now, thanks to a fairly crazy experiment over on a particular Minecraft server, we can add “creepy psychological examination” to the list of things that Minecraft is.

The experiment consisted of thirty volunteer players that were dropped into a somewhat predefined Minecraft world. The world was composed of a 350 block by 350 block space dug into and surrounded by bedrock. Due to that predefined limit, the “world” was subjected to very limited resources. Communication through Minecraft‘s in-game chat was discouraged unless it was an important global message, but communication via third-party chat programs were allowed. Clans were also allowed, as teamwork would be required to survive in a world with limited resources.

Now, you may be thinking that if you can simply build a fortified house and kill the monsters if you happen across them, that you’d be fairly safe. However, relatively recently (since Minecraft was technically released as an alpha build quite awhile ago), the game began requiring players to eat food in order to stay alive. Performing a variety of tasks essential to the game, like simply walking around or fighting monsters, will exhaust energy, and the player will have to restore it with foodstuffs. In Minecraft, you get food by either hunting animals, or creating a wheat farm and making bread. In a world full of bedrock, with little grass and crop resources, it’s not exactly easy to hunt or produce wheat, especially when 30 players are all vying for the appropriate vegetation and hunting territory.

In the spirit of fairness and a cleaner experiment, the server was only made live when all 30 players were available to play at the same time. Sessions would last anywhere from two to five hours. The players, however, weren’t exactly aware of the nature of the experiment, and were only given the rule not to leave the bedrock walls of the dug-out area. 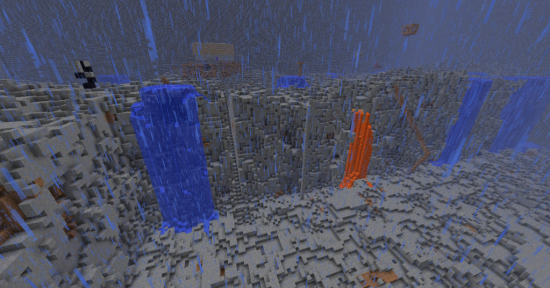 The first resource to become completely depleted was clay (used for making bricks), and there wasn’t even enough to complete most of the brick houses being built. Next, trees began to dwindle, and anyone who has played games like Minecraft or Terraria knows, trees seem abundant at first, then later on you really, really need their lumber, and if you didn’t replant forests, you’re in for a tedious, obnoxious time. Around that time, users began to band together and form clans to make survival easier. After the clans formed, strip mining began, with iron being a hot commodity. 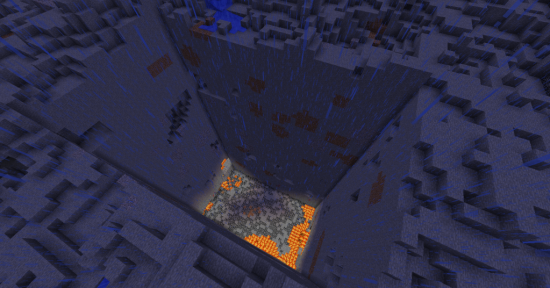 Iron makes stronger tools and doors, and buckets to carry water and lava. Once the players realized how limited the resources were, they rushed to find diamond, one of the strongest materials in the game. Being rare to begin with, diamond was obviously much more rare in a limited 350 x 350 space with 30 players stuck inside.

A Nether portal was created, which allows players to travel to another dimension for a few somewhat useful materials. This was allowed, though the portal was destroyed soon after its creation. After three weeks, all flowers and sand were depleted, while obsidian was nearly unobtainable due to requiring diamond tools that were few and far between. At this point, the four main clans that rose to prominence between the 30 players went to war over resources, and that’s where the experiment got even more interesting.

Due to the war, some of the clans disbanded. However, right from the beginning of the experiment, a pair of players realized how limited resources would become, and built a nearly impenetrable base floating in the sky, then systematically destroyed built objects to make the materials they were created with even more rare. Then, grass became a rarity, which is an enormous problem in Minecraft. Grass spawns animals, and animals turn into food. As amazing as it is to see in a sentence, grass became the most sought-after resource. Clans had to constantly defend their grass from attackers, rebuilding their bases to defend the grass and nothing else.

Interestingly, even though there was a constant war for grass, with everyone’s bases becoming less habitable as a result, when night fell, many players banded together to survive the onslaught of monsters, only to go back to war over grass and what little resources were left afterward.

Finally, the experiment was over, and we all learned a valuable lesson about human interaction with the environment. Kind of? Check out the more in-depth story over on the Minecraft Forums, and maybe begin thinking about new and interesting ways to use the blocky survival simulator so we have more experiments to read about.