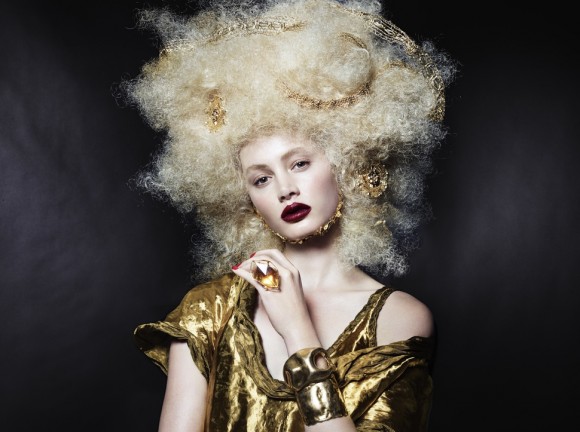 The image above represents the luxury of District 1 in the new Hunger Games CoverGirl cosmetics line, which will be released in October of this year in anticipation of the new Hunger Games: Catching Fire film to be released in November. The line of cosmetics is much more extensive than the nail polish line released for the first film, and reportedly features nail polish, nail decals, mascara, and lip gloss, among other items. The makeup was even used on the stars in the film, so the trailer may give you a better idea of what to expect. Head past the break for two more photos from the campaign.

Below you can see the District 4 image, playing on the district’s fishing industry, as well as a poster for the makeup line. The Hunger Games films have to strike an odd balance between self promotion and unintentional self parody when they advertise and merchandise. On the one hand, the Capitol Couture concept is a brilliantly executed, and translating the publicity circuit within the stories to real life makes for some stunning and fun images. Still, the Capitol’s love for the annual Hunger Games is a bit sadistic, and that spectacle is what is translated to the real life advertising we see for the films. I’m not sure how I feel about being part of “The Capitol”, but I have to admit, the images are quite striking. 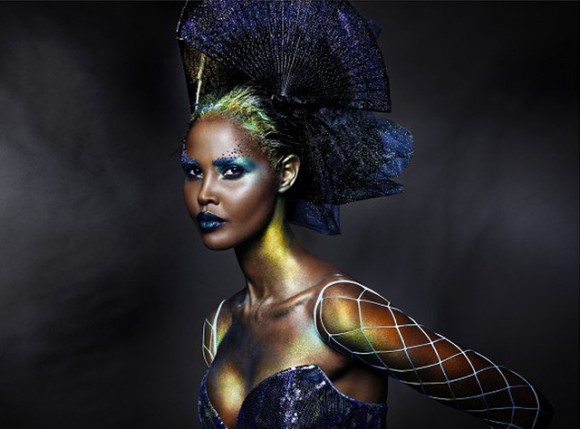 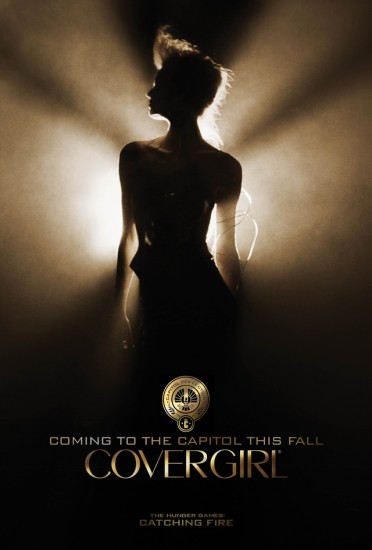