3 Changes To The Hunger Games: Catching Fire That Might Annoy You 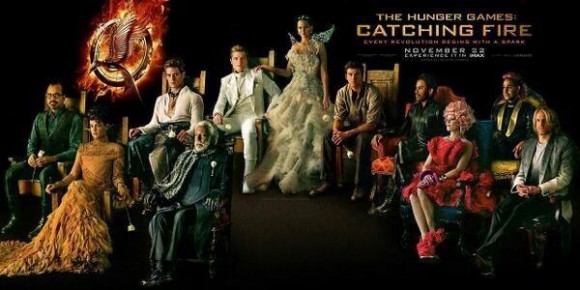 Taking a story from book to screen always requires changes but some haunt fans more than others (ex: Hermione’s Yule Ball dress). So beware, we’ve gotten word of three distinct changes from Suzanne Collins’ Catching Fire to Francis Lawrence’s The Hunger Games: Catching Fire. Will they make you scream or say “meh?” Hit the jump to find out.

I wouldn’t necessarily qualify this information as a spoiler, it’s more “things that won’t be in the movie,” but your milage may vary. Things from the book will be discussed, if you’d rather go into the film fresh, don’t read ahead.

Even though Lawrence says The Hunger Games: Catching Fire is “very, very true to the book,” Entertainment Weekly recently rounded up a few alterations fans might not be happy with (this lady included). “It’s as agonizing for us to lose things from the book as it is for a fan,” producer Nina Jacobson told them. “I want every single thing in there. But you know what? If you have to give up something in order to give more time to Katniss and Gale or to Effie as she starts to feel a conscience, you make the sacrifices in order to serve the characters and themes that are more essential.”

That being said, you can say goodbye to Darius, the young Peacekeeper from District 12. He eventually becomes an Avox so it appears that particular storyline from the novels is gone for good. I’m only slightly perturbed by this, as it’s an excellent example of how cruel The Capitol really is, but I suppose that was an easy change to make. Also cut from the film are Bonnie and Twill, the runaways from District 8. I’m a little unsure about their exclusion, mostly because they further the plot along by letting Katniss know about the bubbling revolution and District 13.

But the change that bothers me the most is one for a main character. Peeta will now know how to swim. From EW:

“We made some changes to Peeta’s narrative,” says Lawrence. “We manned him up a little. And by the way it didn’t take a lot, just little choices to make here and there. The story doesn’t really change, his relationship with Katniss doesn’t change, he’s just a different kind of character.” For instance, in the book, the Hunger Games kicks off and Peeta is paralyzed when the other all-star tributes dive into the water. “The option is for either me drowning or sitting there like a cat batting my paw into the water,” says Josh Hutcherson with a laugh. “Either way the visual is horrible.” Easy fix: Let Peeta swim.

I’m extremely disappointed in the “We manned him up a little” line. It just furthers gender stereotypes unnecessarily. If you’ve read the books, you know Peeta is a great character, why lump him in with all the other tough guys by taking away one of his flaws? That’s not Peeta and that’s not what The Hunger Games is about. God forbid a man needs rescuing for a change.

What are your thoughts on these departures from the book series?