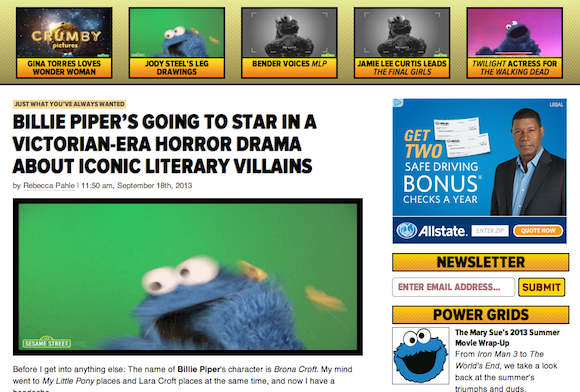 Just visit OmNomNomify.com, drag the bookmarklet to your browser bar, and engulf a website in an unstoppable tidal wave of Cookie Monster gifs. It’s just like visiting a Geocities site in 1998!