Turns out Cookie Monster has a second love: Film. In this video by the National Film Society he shares his cookiefied versions of classic movies. I know quite often the response to “[Blank] movie is being remade!” is a hearty grrrrrroan, but if you say you wouldn’t watch The Biscotti Kid you are lying.

Thanks to GeekMom, we also know some of the geeky actors and actresses who’ll be appearing on Sesame Street‘s 44th season, which starts tomorrow: Henry Cavill, Cobie Smulders, Neil Patrick Harris, Sarah Michelle Gellar, Rutina Wesley, Lena Headey, and Peter. Freaking. Dinklage. Check out a picture of Cavill hanging out with Elmo and some Muppet pigs behind the cut, then go re-watch that video of Tom Hiddleston meeting Cookie Monster. You know. If you want. 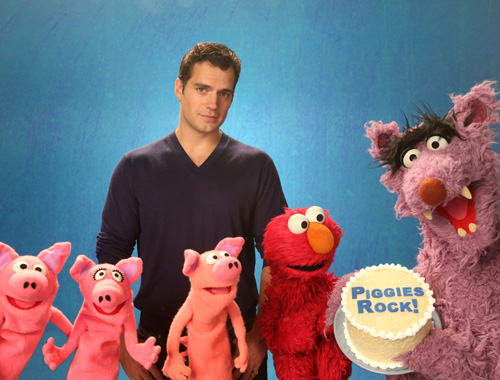