And Ryan Choi, and Wally West, and Lois and Clark are married, and... 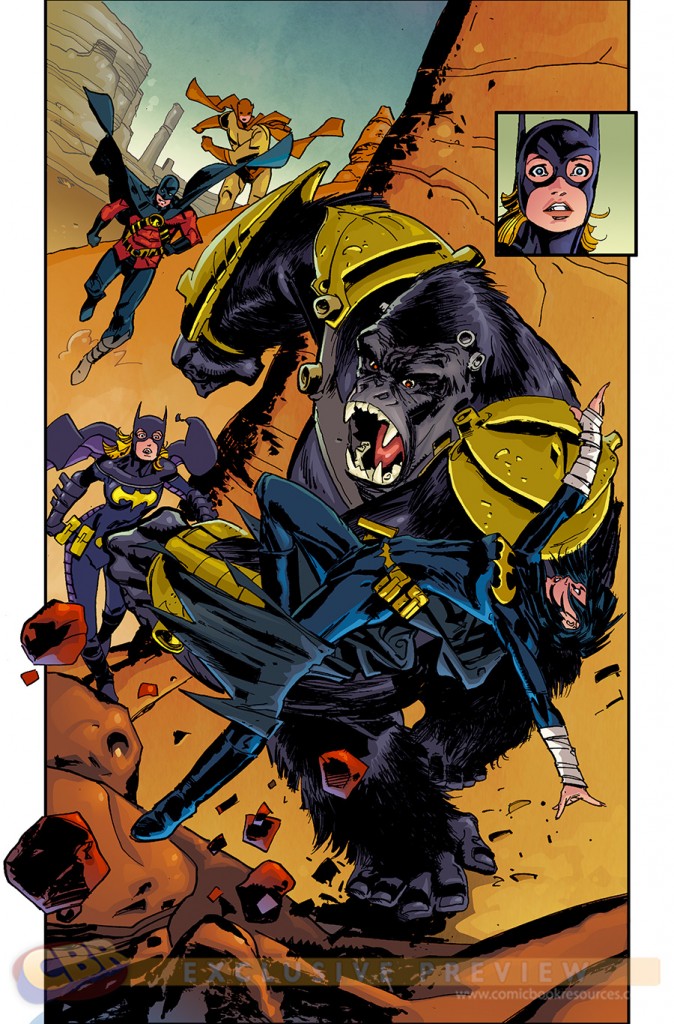 I am only human. And good job.

Last week, we filled you in on DC’s announcement of their big spring crossover event of 2015, Convergence, which promises to showcase a number of fan-favorite characters and timelines and alternate universes that were left on the cutting room floor when the New 52 was put together in 2011. At the time I expressed some cynicism about the idea. For one thing, it felt a bit cheap: three years ago we were told that the multiversity concept and wealth of backstory and characters in the DC universe was too confusing for new readers and would have to be radically condensed, and now a major event is resting entirely on that fictional history. For another, without a promise that these characters (many of them lost examples of racial, gender, and sexual diversity from DC’s books) were coming back in a more permanent way, it seems like it could easily just be a bone thrown to readers who’ve been clamoring for the return of Hong-Kong-born Ryan Choi as the Atom, Asian-American Cassandra Cain as Batgirl, and the living-with-disability Barbara Gordon as Oracle. A minimum of commitment to readers salivating over their old favorites.

I’m still not convinced to give up my cynicism by today’s reveal of ten of the forty two-issue stories that will tie in to Convergence in April. But I’m finding it a lot harder!

Because these ten series, as revealed by Comic Book Resources, include Pre-New-52 Harley Quinn, Poison Ivy, and Catwoman teaming up to fight Captain Carrot; Wally West as the Flash; Ryan Choi as the Atom; a Stephanie Brown Batgirl tale featuring Cassandra Cain Blackbat; long-time Superman writer Dan Jurgens taking the reins on a story about Pre-New-52 married couple Clark Kent and Lois Lane; Gail Simone returning to the characters of Oracle and Nightwing for a wedding story; and last but not least, Greg Rucka will once again be writing Renee Montoya as The Question. (Check Comic Book Resources for all ten titles.)

It’s that last one that’s really trying my cynicism, personally. Renee Montoya is in a dead heat with Kate Kane for my favorite “Not Batman” comics character, and Greg Rucka not only shepherded her through years of character development ups and downs to the point where she took on the mantle of one of DC Comics’ great detective characters, he’s also one of my favorite comics writers.

Take deep breaths, Susana. It’s not like DC’s gonna just take all these characters and make them canon in the main universe again. We shouldn’t hope.