Dangit, now I want some pudding. 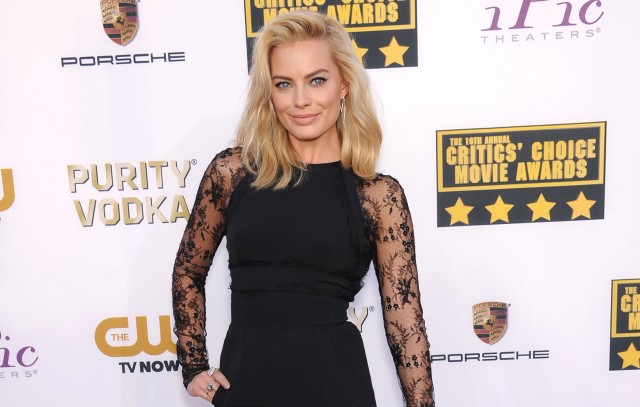 Did you know that DC’s newest incarnation of Harley Quinn, the character’s first solo ongoing series, is the best selling lady-led title in mainstream comics? Selling as well as perennial chart-toppers like Batman and The Walking Dead? I’m not saying that that’s why Warner Bros. is working hard on nailing down an actress to play her in a live action adaptation, I’m just saying that’s why they should be.

Now, don’t go too overboard: the casting info out there for both Harley Quinn and the Joker in Warner Bros. Suicide Squad film is all attributed to “sources.” So that means we can start getting excited if we want to… but it’s not an OFFICIAL official announcement. But here’s what’s floating around the internet today.

Collider reports that they have “learned from sources” that Margot Robbie, late off a multi-award nominated turn in The Wolf of Wall Street, has signed with Warner Bros. to play Dr. Harleen Quinzel, better known as Harley Quinn, the Joker’s partner in crime and “romance.” If this is true, she just might be playing alongside Jared Leto’s Joker, according to the Hollywood Reporter’s sources, who say that the actor may be in the early stages of an agreement with the studio. Leto would be the fourth man to portray the Joker in a live-action film, while Robbie would be the first to bring Harley to the big screen outside of animated adaptations.

Despite their comedic leanings, the Joker and Harley have one of superhero comics’ most famously abusive romantic relationships (framed as the tragedy of Harley’s insanity and the deep evil of the Joker’s, something that keeps it from being entirely uncomfortable), but I do wonder how much of that would actually translate into a Suicide Squad adaptation. Not because the filmmakers would want to gloss over the Joker’s manipulation of his girlfriend… but because the Suicide Squad is a covert super-team made up of government recruited villains who are doing “good” in exchange for shorter prison sentences. It would be the mightiest of stretches for a government agency to offer the Joker a commuted sentence in exchange for pretty much anything. Perhaps his role in the film will be more of an ominous background sort?

(story via Collider and The Hollywood Reporter, top image via DFree / Shutterstock.com)