Show and Tellblazer – Constantine: “Angels and Ministers of Grace” 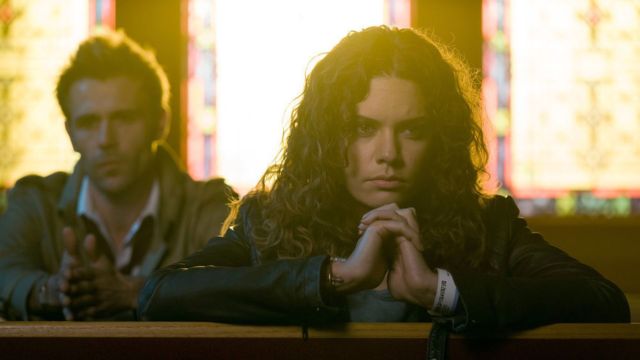 In which Constantine becomes Eli Stone (which, if you haven’t seen, you should go watch immediately).

Also, the latest rumor we’ve been hearing around the internet is that the NBC Universal-owned Syfy might pick up Constantine for season two, after a marathon did well on the network, potentially changing the name to Hellblazer to make it darker. Would you be into that? Sound off on that and “Angels and Ministers of Grace” in the comments!