Comic-Con: While You Were Sleeping, Part 2 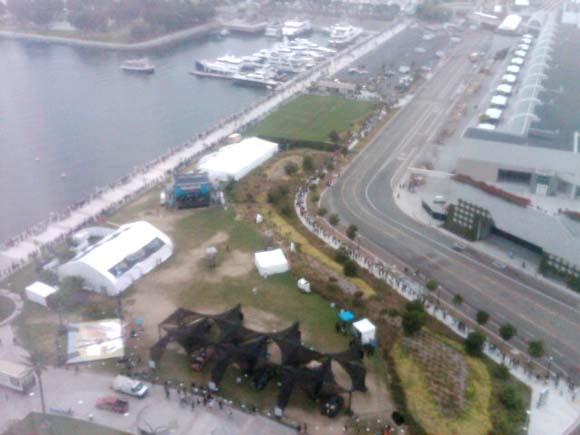 If you were at Comic-Con International in San Diego today, this is what you’d see. Here we have the aerial view of Hall H taken by Kara Warner from MTV. I’m speechless. Moving on, yesterday we brought you a roundup of the first day’s biggest announcements and we’re back to fill you in with what went down on Day 2 of the pop-culture show. Hit the jump to read about what went down at the Firefly reunion panel, some interesting stories from the DC and Marvel Comics panels, check out a new Walking Dead trailer, hear about new Game of Thrones cast members and a whole lot more!