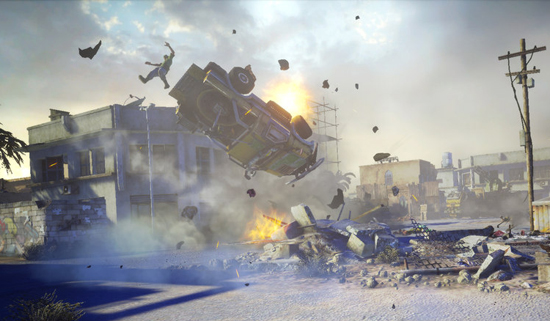 Just in time for today’s dose of depressing news, it looks like Command & Conquer: Generals 2 won’t have a single-player campaign at launch. Speaking with PC Gamer, BioWare Victory‘s general manager John Van Caneghem said that they’ll be focusing instead on multiplayer skirmishes, both co-operative and competitive. This comes fresh on the heels of the announcement that the game would be of the free-to-play variety. Time to start lowering expectations.

This is only the beginning, too. Other Command & Conquer favorites from the past will end up receiving the same treatment. It’ll be like some kind of comical nostalgia parade of sadness. Keep in mind that this is the same title that BioWare co-founder Ray Muzyka was quite excited about, adding “BioWare’s vision of genuine emotional engagement and quality, including the attention to story and narrative, in a way that is fresh, new, and additive to the genre.”

Then again, perhaps I’m being too critical. The footage released so far has shown some awfully pretty explosions. Maybe it’s unfair to say they’re leveraging a fanbase that they don’t seem to fully understand, while folding an unrelated developer under a more renowned one to lend some authenticity. Whenever someone announces a multiplayer only title, I can’t help but think something like SOCOM: Confrontation is the norm, whilst Team Fortress 2 is the exception.

An intentional lack of a single-player campaign does not bode well, in my mind.