You Can’t Stop the Cicadas, So You Might as Well Help Fund a Documentary About Them 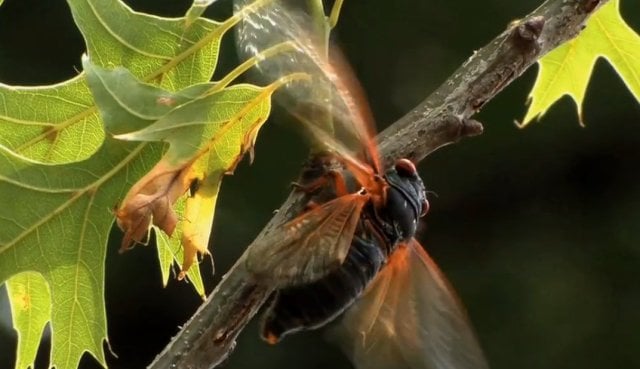 The American Northeast is in the middle of an event that only happens every 17 years — the rise of the periodical cicadas. To help increase awareness about this phenomenon and the insects at its core, filmmaker Samuel Orr is working on a documentary about the cicadas. You can watch the trailer, and even kick in to help the project.

If you’re outside the affected region, or too young to remember the last time this happened, check out the trailer. It does a beautiful job of explaining the cycle of the cicada brood:

These bugs have spent the past 17 years underground, and are now emerging for the few short weeks they’ll spend above ground in their entire lives. They eat. They make noise. They mate. They die. The only defense they have is their numbers. There’s just too many of them for predators to eat. The noise they create is almost unworldly, and even if you’re grossed out by insects you should at least admit these cicadas are fascinating.

Orr wants to travel around the country filming broods of cicadas as they emerge, swarm, and die off. After seeing this trailer, I want him to do that too. These shots are beautiful. He’s already met his minimum Kickstarter goal to fund the filming of the project, and now is in stretch-goal territory.

If he gets enough cash from the campaign he’ll even head down to Australia to film their cicadas. They don’t operate on the same 17-year cycle, but there is a much more diverse population. If you want to contribute to Orr’s campaign head over to his Kickstarter page. Besides the joy of knowing you helped a cicada documentary get made, you can get a copy of the completed film for contributing or even an art print of a cicada.

Assuming you’d really like an art print of a cicada.