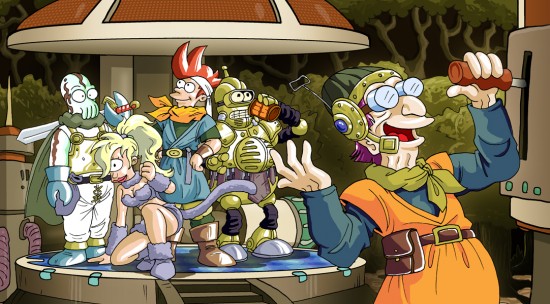 Chrono Trigger is far and away one of my absolute favorite video games, even though I did lose all my save progress during an ill-fated car trip with the PlayStation version. The characters and game mechanics are great, but it’s the music that really sets it apart. Anyone that’s played the game knows what I’m talking about. So, believe me when I say you should absolutely listen to this Chrono Trigger/Jay-Z mashup album.

Chrono Jigga from 2 Mello is pretty much everything you’d expect from a Chrono Trigger/Jay-Z mashup album. The Internet at large has known about the album for a bit, but it only just released yesterday. Here’s “Ignorant Scene” from the album:

If that’s something you can get behind, you can listen to the rest of the album here, or you can download it in its entirety over at Scrub Club Records. If you’re only going to listen to a select few tracks, however, I suggest “Gato’s In Love” and “Masamune Problems.” Trust me, you won’t regret it.

(Scrub Club Records via The Verge, image via Tom Preston)