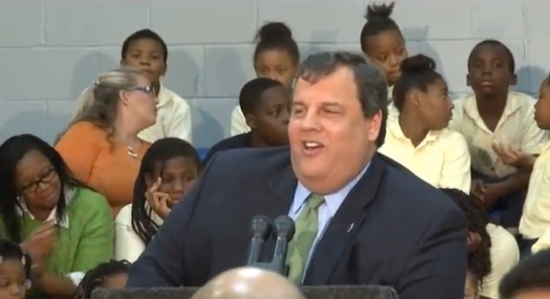 New Jersey Governor Chris Christie held a press conference today about the news that Hostess was closing, and that it meant the world was ending because there would be no more Twinkies, but he refused to talk about the delicious, spongy, and radiation repellent treat by name. Except that he did. He refused to talk about Twinkies in the least effective manner we’ve ever seen by saying “Twinkies” four times in less than a minute.

We think the Governor doth protest too much. He even threw in a mention of Devil Dogs for no reason. In his response to an apparent question about Twinkies specifically, Governor Christie tried to dodge the topic saying, “I’m on Saturday Night Live enough.”

I guess he’s worried about being made fun of, again, for his weight. Which is understandable. But he must not have been too worried considered we pulled this video from his Twitter feed. (@GovChristie)