Labor Dispute Could Mark The End Of Twinkies | The Mary Sue 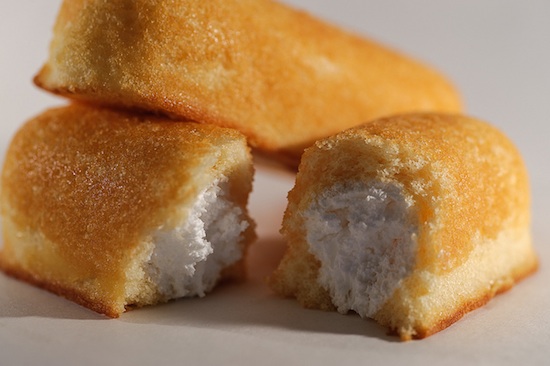 A labor dispute between management and union bakers at financially troubled American snack cake icon Hostess could do what decades of age, trampling by herds of elephants, and nuclear holocaust could never accomplish, bringing about the end of the Twinkie as we know it. The company’s management says that unless striking bakers — who are protesting a labor deal forcing them to accept lowered wages and cuts to benefits — return to work, the company could be forced to liquidate its assets and stop producing the delectable snacks that have helped to make our proud nation the doughy, wheezing powerhouse it is today.

Finally, the death of Twinkie the Kid could come not with a bang, but a whimper as the snack cake manufacturer faces further troubles rising out of bankruptcy for the second time in less than a decade. This time around, the company’s woes are compounded by a labor strike at 24 of the companies 36 bakeries, and  that has already prompted the shuttering of bakeries in Cincinatti, Seattle, and St. Louis. Despite these seemingly dire straits for both sides, there seems to be no end in sight for the strike. Hostess CEO Greg Rayburn has said that the dilemma needs to be solved quickly or not at all, and that the company has no intention of going back to the negotiating table with union bakers, who can either accept a bad deal or turn in their tall, silly white hats.

I think I can safely speak for snack cake-loving Americans everywhere on this one, as I represent a constantly expanding sample of that cream-filled population: management, labor, you all need to work this out. Entirely too much is at stake here to let your trivial differences get in the way of the continued production of Hostess products that have become so dear to us in our times of need. Many are the times I have fallen into the waiting arms of Suzy Q following a rough breakup, or scarfed several packages of Ding Dongs in the wake of a Bears playoff loss.

The idea that my children might have to go through life without Twinkies is an unbearable one. Without Hostess, how will future generations learn the fine art of shame-eating? Will they be reduced to choking down Little Debbie treats like Swiss Rolls and Nutty Bars to avoid thinking abuot their own lives and the decisions they’ve made? That’s not my America. Fix this now, guys.

If there’s one silver lining to this altogether grim tale, it is the famous ease with which one can stockpile Twinkies for a rainy day. That day may be coming sooner than any of us hoped, though, so get to your stores now. You don’t want to have to relate to your descendants what it was like to be part of the Great Snack Cake Riots of 2013. Things are going to get ugly, folks. Be prepared.