The Twinkie Lives On Thanks to Canada | The Mary Sue

Twinkie the Kid Is Alive and Well and Living in Canada 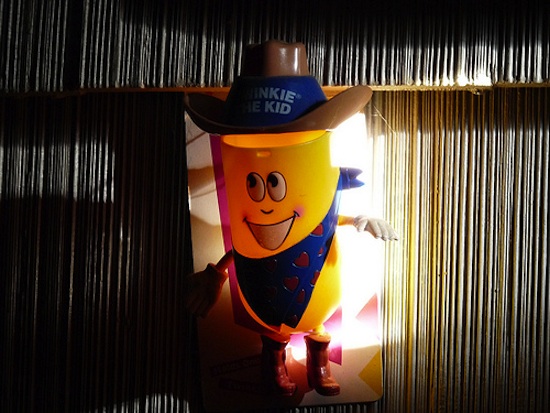 Today, just when the plight of snack cake lovers across the United States looked most bleak, a beacon of light shone down upon us from the North, where Canada has become the surprising savoir of all Twinkie-dom. The Globe and Mail reports that the Canadian brands that own the licenses for Hostess products in Canada will continue producing Twinkies, Ho Hos, and Ding Dongs, even as suppliers in the United States shutter their doors. Though Hostess may be dead, the Twinkie lives on.

While the Hostess brand is, as of this morning, officially dead as a doornail stateside, Hostess licensed its brands to a pair of different companies operating in our neighbors to the North. George Weston Ltd. owns the rights to Wonder Bread in Canada, guaranteeing that future generations will be able to craft a proper, according to Hoyle fluffer-nutter. More importantly, though, snack-maker Saputo Inc. will be keeping the Twinkie torch alive. Here’s Saputo’s take on the matter, courtesy of bakery division president Lionel Ettedgui:

“We own the Hostess brand in Canada. There is no impact on us.”

Will this news lead to a new series of smuggling routes, with bearded, heavily armed men sneaking trucks of illicit cream-filled treats southward to further swell the guts of hungry Americans? We can only hope the answer to that question is yes.

(via Globe and Mail)