Too many robots in this "robots punching monsters" movie! 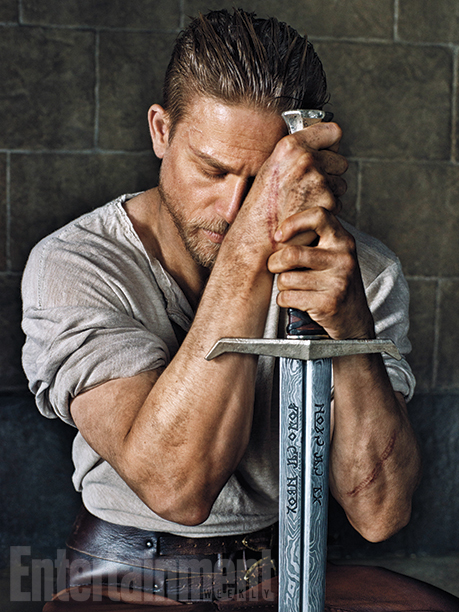 Charlie Hunnam is a huge fan of the original Pacific Rim, but that doesn’t mean there aren’t improvements he hopes will be made when the sequel starts shooting in Toronto this November.

Speaking to Entertainment Weekly as part of his eye-bugging photoshoot for Guy Ritchie’s King Arthur, Hunnam talked about the downsides of working on effects-heavy films like Pacific Rim:

When it becomes very technical, those technical aspects create a rigidity to the process. Then all of a sudden you have to find where your little place to fit into that process is, as opposed to the whole thing being about you.

[…] I think world creation and monster creation and all of that stuff is exciting as a secondary element of storytelling. When it becomes more important than storytelling, I get very nervous, and you sort of lose me a little bit. Although we tried very hard on Pacific Rim to marry those two elements, I do feel like ultimately it got weighed heavier on the side of spectacle than storytelling.

[…] I hope that we are able to remedy that a little bit going into the second. Not to say I wasn’t proud of the film. I really liked it, and I felt like it delivered exactly what it was supposed to. But I do feel like we could have maybe plumbed the depths of the character and the storytelling a little bit more.

When I first watched Pacific Rim, I remember feeling similarly about Hunnam’s role; Mako seemed well-developed, but Raleigh barely stood out from the film’s sea of vengeful beefcakes. (“Sea of Vengeful Beefcakes” would be a very good Pac Rim 2 title, IMO. Call me, Del Toro.)

Over time, though, I’ve come to find Pacific Rim‘s one-dimensional male characters refreshing in a media landscape obsessed with the tortured male psyche, and I personally don’t want Pacific Rim 2 to over-complicate Raleigh, especially if showcasing his feelings comes at the expense of robot-on-monster punching.

What do you think, team? Would you like to see a stronger focus on storytelling and characterization in the second film?