Charlie Day Is Really Into the Shipping of Pacific Rim’s Newt and Hermann: “It’s So Much More Interesting” 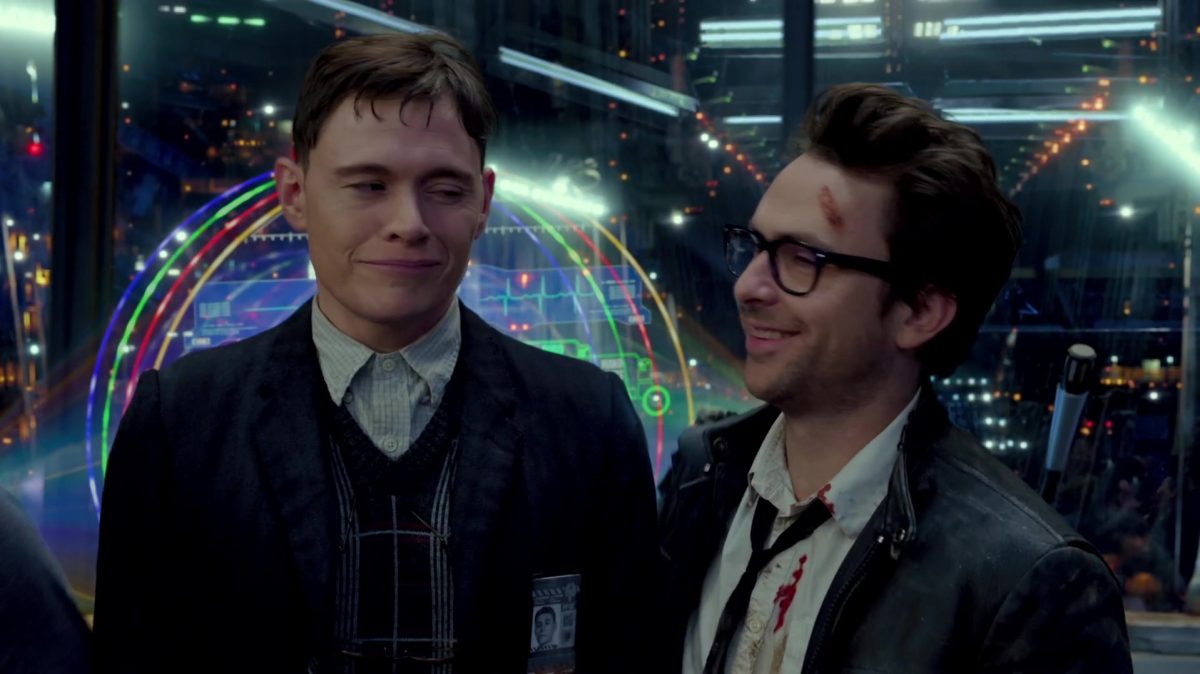 For many, the most interesting relationship in the original Pacific Rim movie was that between Charlie Day’s Newton Geiszler (Newt) and Burn Gorman’s Hermann Gottlieb, the frenzied scientist and the uptight academic who have to work together to save the world. Sure, Raleigh and Mako are drift-compatible, but Newt and Gorman are the perfectly mismatched odd couple, and the internet has picked up on that. A quick Tumblr search for their names will send you down a wonderful rabbit hole of fan art and slash fic.

When actors or others on a show or movie’s creative team are asked in interviews about the internet’s shipping of characters, it doesn’t usually go well. (See: Martin Freeman and Steven Moffatt’s negative reactions to Sherlock’s “Johnlock” shipping, or Jeremey Jordan’s dismissal of Supergirl’s “Supercorp” stans.) But Charlie Day knows about his character’s shippers, and he’s into it.

Here’s Charlie Day addressing (read as, confirming) Newmann at the Pacific Rim Uprising red carpet. My perpetual mood is Charlie saying the words “He misses the man that he’s in love with” and then proceeding to thank fans for creating content lol pic.twitter.com/sWHsmZkA1c

When asked on the PR: Uprising red carpet what his character has been up to in the interim between the original movie and the sequel, Day says Newt is “not himself” because he’s been separated from Gottlieb and “there’s no one keeping him real, so to speak, and he misses the man that he’s in love with.” Addressing the internet’s take on that relationship, he says, “People have been shipping it, but I think they’re totally right and it completely informs the character.”

He added, “I honestly was thinking about it that way when I was acting a few of those scenes, and it’s so much more interesting.”

Uprising’s director, Stephen S. DeKnight, doesn’t seem to have that view of these characters, referring to them only as “best friends,” so it’s disappointing that, as with so many fandom-shipped romances, this one isn’t seen onscreen. But Day’s comments are thoughtful and totally respectful, and because of that, they manage to transcend the queerbaiting that so often comes with indulging fan’s fantasies without actually committing them to canon.

In another recent interview, Day told Nerdist that, for you Newtmann fans, “All your fantasies are true.”

We’ve seen many stories about the heroic guy and the heroic girl who find love at the end, but we’ve not seen many about the two oddball scientists who are forced to work together and who are complete opposites, who develop a real bond and love for one another. I understand what they’re responding to. By the way, it informs what I do in the scenes. I think my character loves [Gottlieb’s] character, although he also would never admit that.

His comments are reminiscent of the way John Boyega and Oscar Isaac (and Kelly Marie Tran!) treated Finn/Poe shippers with similar respect, and seemed genuine when they both said a degree of romance informed their performances.

Day goes a step further by adding, “And they have sex, by the way. It’s just not scripted.”

I’m choosing to believe that.