Things We Saw Today: Oscar Isaac Talks Romance in The Last Jedi: “Difficult to See My Man Kiss Somebody Else” 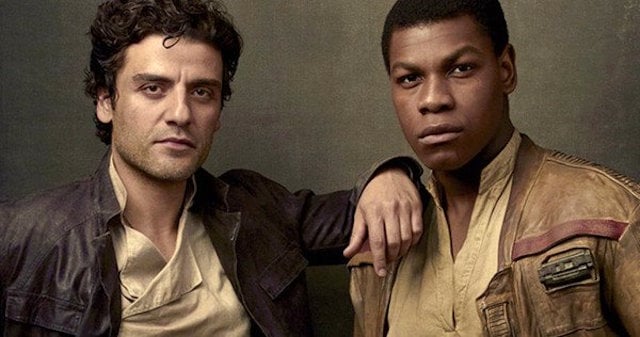 Actor Oscar Isaac is one of the more vocal supporters of the fan-favorite “ship” of Poe and Finn, a.k.a. Finnpoe, a.k.a. Stormpilot, offering enthusiastic commentary on the pairing in the past. So what’s a guy to think when his space boyfriend gets a canonical smooch from someone else in the new Star Wars?

Back when The Force Awakens press tours were happening, Isaac was encouraging about the dynamic between Poe and Finn.

He’s continued to beat that Finn/Poe drum. However, The Last Jedi introduces a bump in the Stormpilot road in the form of Kelly Marie Tran’s Rose. We also love Rose, so we think the obvious solution is an open relationship: basically, let Finn be everybody’s boyfriend. Yes, indeed, you can solve all future Star Wars love triangles and quadrangles by making Finn everybody’s boyfriend. J.J. Abrams, call me. I already have a whole sheaf of notes for you on the subject.

Isaac offered this take on the Finn/Rose romance as part of a BAFTA Q&A with the cast and director Rian Johnson:

Look, it was a little difficult to see my man kiss somebody else, but, you know, you gotta give up control … you got to watch some stuff you don’t want to watch sometimes.

The BAFTA Q&A is well worth watching in full for incisive takes from the actors and Johnson about how they approached their parts and the making of the movie. And, you know, Oscar Isaac merrily shipping.