CERN Invites Higgs Boson Namesake to Press Conference on July 4: Is This What You Think it is? 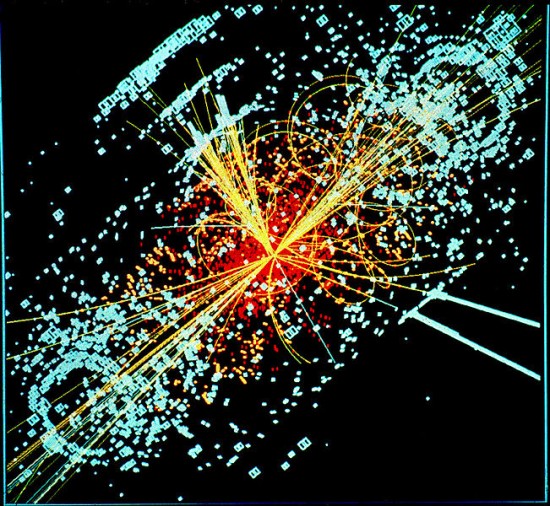 At this point, those of us on the Internet are pretty used to non-news coming out of the Higgs boson hunt at CERN’s Large Hadron Collider. It usually fits the same pattern: We found something interesting, but still haven’t found the Higgs boson, see you next year. However, this week’s press conference is reported to have the Higgs boson’s namesake in attendance. Things just got interesting.

According to the Daily Mail, the Edinburgh University emeritus professor of physics Peter Higgs has been invited to Switzerland for the announcement. The inclusion of Higgs who, as we said, is the namesake of the freakin’ particle everyone is looking for, raises speculation that this will be a very big announcement indeed.

Just to recap, the Higgs boson is a particle thought to be responsible for giving mass to other particles. That’s a worthy pedigree in its own right, but the really important thing about the Higgs boson is that it is the only remaining particle predicted by the Standard Model of particle physics that has yet to confirmed. If we find it, we know that what we think we know about the universe is basically correct.

Detecting the Higgs boson has been the ongoing project at the LHC were two separate experiments — ATLAS and CMS — are pursuing different means of confirming the particle’s existence. The eventual goal is that both experiments will reach 99.99995% certainty.

CERN has remained tight-lipped about the event, and everyone seems to be doing a lot of expectation management. Ian Hinchliffe, an American physicist working on the ATLAS experiment and attached to the U.S. Department of Energy’s Lawrence Berkeley National Laboratory, told Green Economy:

“We do not yet know what will be shown on July 4th,” […] “I have seen many conjectures on the blogs about what will be shown: these are idle speculation. Things are moving very fast this week, and it’s an exciting time at CERN. Many years of hard work are coming to fruition.”

Though statements like that are unlikely to quell growing excitement, it’s important to remember that this is science. Not only science, but multi-billion dollar science being carried out on an enormous scale. That means that while there’s a lot of pressure to produce results, there’s also even more pressure to make sure those results are accurate. With that in mind, it’s probably likely that we’ll hear lots of good news later this week that stops just short of total confirmation.

Then again, it’s always fun to be surprised.