What Would Happen If You Put Your Hand In the LHC? 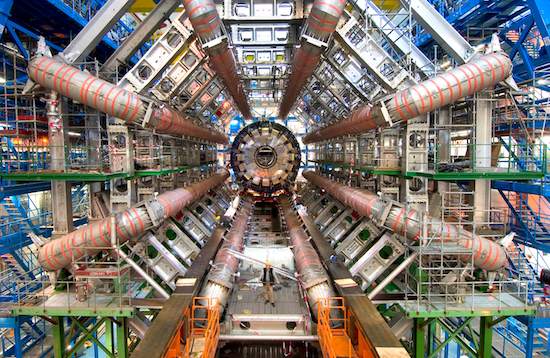 When the Sixty Symbols folks asked experts what would happen if your hand happened to find its way into the Large Hadron Collider beam, they were told “nothing good.” To get a more nuanced answer, they turned to scientists at CERN. Their response was far more graphic, and gives insight into the incredible forces at work within the LHC. Watch the video, and be amazed.

The scientists at CERN explain that since the beam inside the Large Hadron Collider has energy on par with something as massive as an aircraft carrier moving at top speed, but focused to less than a millimeter across, it would certainly burn through your hand. Of course, you probably wouldn’t notice because your entire body would be irradiated in the process.

Science can be scary.