Scientists See Tantalizing Hints of the Higgs Boson, but it Remains Elusive 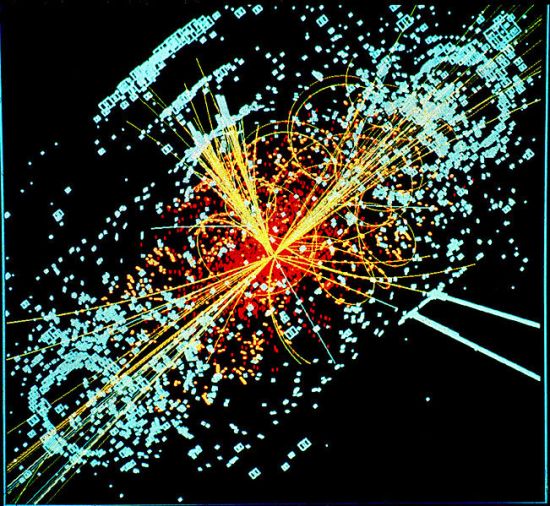 The most exciting quest in modern physics has been the search for the Higgs boson, a hypothetical particle thought to be responsible for imbuing matter with mass. Today, scientists working on experiments at CERN’s Large Hadron Collider called CMS and ATLAS have said that while a major breakthrough is still in the offing, they’ve made tremendous progress in the search for what some call the “God particle.”

Though a Higgs boson has yet to be seen, scientists say that they’ve narrowed down the regions where they believe one will appear. Using the LHC, the researchers have observed numerous collisions of high energy particles, but now believe that they can focus their attention on the lower mass or energy ranges.

The most exciting development, said representatives from CMS and ATLAS, were spikes observed independently by both teams at the data around a mass of 124 or 125 gigaelectronvolts (GeV). Apparently, this is the mass that would fit best with the Standard Model of physics. In a nutshell, scientists are starting to see an indication of something being where they expected to see it, which is cause for much excitement.

However, that excitement is duly tempered by the demand for more conclusive information. Guido Tonelli, with the CMS experiment, is quoted by the BBC as saying:

“The excess is most compatible with a Standard Model Higgs in the vicinity of 124 GeV and below, but the statistical significance is not large enough to say anything conclusive. […] As of today, what we see is consistent either with a background fluctuation or with the presence of the boson.”

“Such signals can come and go… Although there is correspondence between the two experiments, we need more solid numbers.”

Perhaps the best news is that scientists at CMS and ATLAS are now saying that it is likely they will have enough data by next year to say definitively whether or not the Higgs boson exists. In the meantime, the hunt goes on.