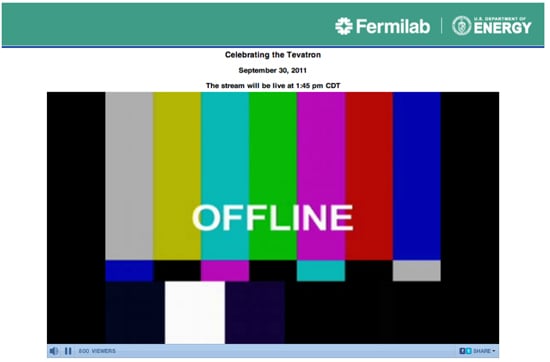 After decades as the workhorse of particle physics in America, the venerable Tevatron shuts down today. While the high costs of maintaining the structure are cited as the primary reason for the closure, the rising star of the Large Hadron Collider no doubt played some role in the Tevatron’s demise.

The 3.9 mile long particle smasher was completed in 1983 for the breathtaking cost of $120 million. Built in rural Illinois as part of the Fermi National Accelerator Laboratory (Fermilab), the Tevatron was at one point the highest-energy particle collider in the world. During its decades of operation, the Tevatron has confirmed the existence of the Top Quark, discovered a new particle called the “bottom Omega baryon,” and even partook in the chase for the elusive Higgs boson. Though the main structure of the accelerator may be used in future experiments, and there are reams of data yet to go over, the Tevatron ended its scientific life today at 2 P.M..

Farewell, Tevatron. We’ll spill some for you tonight.