Celebrities Who Stood Up for Feminism in 2016 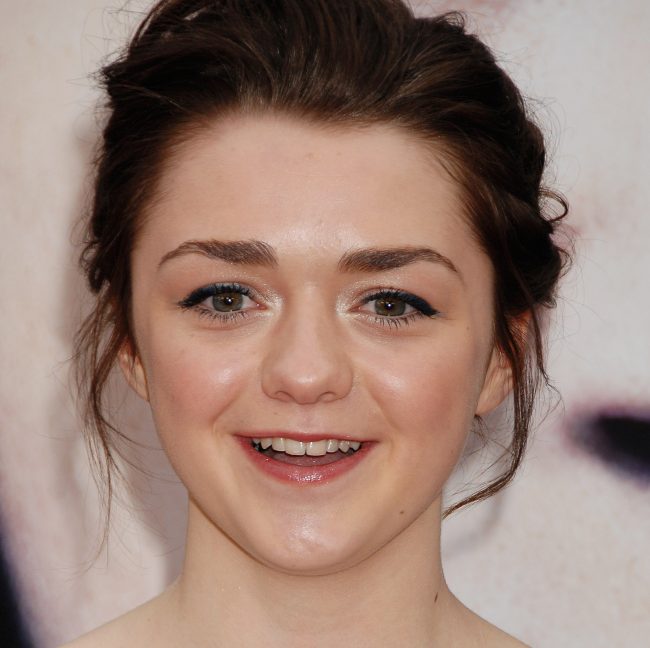 As we say goodbye to 2016, there’s a lot of negative stuff to look back on, and a lot of times women were told they were less-than—in politics, on the internet, and in the media. The entertainment industry, in particular, can often be distressing or discouraging for women, but it can, potentially, also be a source of strength. I’m a firm believer that sometimes our biggest touchstones of strength come from our most (seemingly) frivolous resources.

So, let’s take a moment to look back on the best that our celebrity culture had to offer this year. Here are some celebrities who used their platform to stand up for women.

Good for Emmy Rossum for standing up for herself after seven seasons of fantastic work on Shameless and finally demanding to be paid the same as her co-star William H. Macy. As a Shameless mega-fan, I would have been pretty upset if Showtime hadn’t agreed, but thankfully for her, for us, and for all women, they did.

Kudos to Macy, as well, for taking her side in the matter.

Kesha spent the early part of the year making headlines because she refused to stay in a business partnership with her accused abuser. She was victimized and villainized, but wouldn’t back down.

Paul’s movies are great because (in addition to just being good, funny movies) he treats his female protagonists like, well, protagonists. He doesn’t write women like typical male characters in order to make them “strong” or “more accessible.” He doesn’t brand himself a “women’s writer.” He just writes great stories about awesome characters, who usually happen to be women.

Earlier this year, Kerry Washington took on the issue of Photoshopping and managed to do so in a spectacularly diplomatic manner. Now, speaking out against racism and sexism doesn’t need to be polite by any means, but Washington’s ability to navigate her criticism of the treatment of her face in this way is impressive.

So…You know me. I’m not one to be quiet about a magazine cover. I always celebrate it when a respected publication invites me to grace their pages. It’s an honor. And a privilege. And ADWEEK is no exception. I love ADWEEK. It’s a publication I appreciate. And learn from. I’ve long followed them on Twitter. And when they invited me to do a cover, I was excited and thrilled. And the truth is, I’m still excited. I’m proud of the article. And I like some of the inside images a great deal. But, I have to be honest…I was taken aback by the cover. Look, I’m no stranger to Photoshopping. It happens a lot. In a way, we have become a society of picture adjusters – who doesn’t love a filter?!? And I don’t always take these adjustments to task but I have had the opportunity to address the impact of my altered image in the past and I think it’s a valuable conversation. Yesterday, however, I just felt weary. It felt strange to look at a picture of myself that is so different from what I look like when I look in the mirror. It’s an unfortunate feeling. That being said. You all have been very kind and supportive. Also, as I’ve said, I’m very proud of the article. There are a few things we discussed in the interview that were left out. Things that are important to me (like: the importance of strong professional support and my awesome professional team) and I’ve been thinking about how to discuss those things with anyone who is interested, in an alternate forum. But until then…Grab this week’s ADWEEK. Read it. I hope you enjoy it. And thank you for being patient with me while I figured out how to post this in a way that felt both celebratory and honest. XOXOXOX

Not only did Viola Davis serve as one of the few bright spots in this year’s Suicide Squad, but she’s also consistently outspoken on issues of Black womanhood. Take this October interview, for instance:

Ryan Murphy won the Equity in Entertainment award at the Hollywood Reporter’s Women in Entertainment event this December. This came after making the world realize how awful they’d been to Marcia Clarke, announcing a show about the greatest old-Hollywood feud between two powerful actresses, and starting a program called Half, dedicated to increasing opportunities for women and POC in Hollywood.

Chrissy Teigen is a must-follow on social media if you enjoy your feminism with a side of with brash, unapologetic, foul-mouthed opinions. (My favorite kind.) Spending most of the year pregnant, Teigen’s fans got to see her take down a whole new kind of shamer, which was a rage-filled delight.

I went to dinner. People are pissed. Good morning! pic.twitter.com/oQ54mtet8c

Gabrielle Union spent the promotional tour for Birth of a Nation basically doing Nate Parker’s job for him. Meaning, she was willing to have the conversation about sexual assault that he wasn’t. She—a survivor herself—even managed to make the conversation about the movie (in which she plays a survivor) without it ever coming off as exploiting the subject. That’s an impressive feat.

Maisie Williams had one of the best feminist interview pullquotes of the year, and for that, she deserves heaps of praise. Remember this gem from back in April?

I got asked in one of my first interviews: “Is Arya a feminist?” I didn’t even know what a feminist was […] And then someone explained it to me. And I remember thinking, “Isn’t that just like everyone?” And then I realized everyone is not a feminist, unfortunately. But I also feel like we should stop calling feminists “feminists” and just start calling people who aren’t feminist “sexist” – and then everyone else is just a human. You are either a normal person or a sexist. People get a label when they’re bad. Because it works the other way, as well.

Oh, and let’s not forget that time in June when she “fixed” a horribly sexist headline that focused on her sheer top instead of her great actions.

When fanboys freaked out over the idea of a young black woman taking on the role of their beloved Mary Jane Watson, Zendaya confronted the hate with dignity and unapologetic scorn. The same can be said about her encounters with a racist supermarket employee. As was the case last year with the racist criticism of her hairstyle. In short, Zendaya is the best.

The only late-night talk show not hosted by a man is, by many accounts, the best of its genre. If you’re not watching Full Frontal yet, you’ve missed out on most of the year’s best political commentary.

I don’t even know how to talk about Beyoncé’s Lemonade. How do you talk about one of the best albums/short films of the year, that also happened to be a giant step towards dismantling the entertainment industry’s (if not the world’s) white patriarchy? HOW?

Many of the interviews and quotes and roles and writing and other work illustrating Carrie Fisher’s dedication to feminism didn’t happen this year. But in the last week, we’ve all been flooded with them, both online and in our memories. After decades of standing up for herself, for women, for mental illness, and for addiction, let’s take a moment to remember that time, just over a year ago, when she flat-out refused to humor an interviewer’s “stupid” questions about her weight.

Obviously, these weren’t all the great moments in Hollywood feminism this year. What did we leave out?