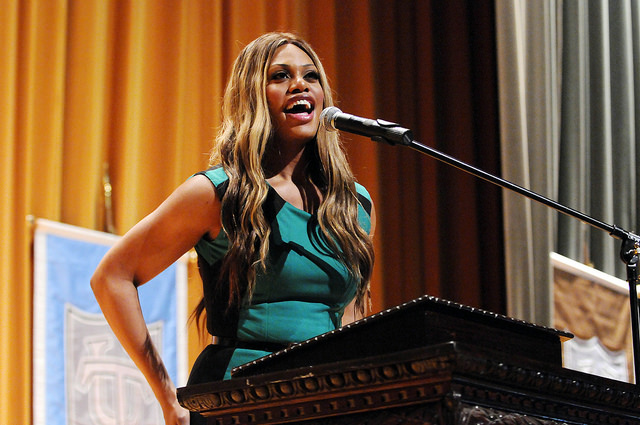 Written by the couple who created Grey’s Anatomy, the new legal drama Doubt (well that just makes me think of Meryl Streep in a nun outfit, CBS) is about a defense attorney getting involved with one of her clients, who maaaaaay or may not be guilty of killing someone. Cox will not star as this character in the show’s upcoming pilot—instead she’s been cast in the role of Cameron Wirth, a “transgender Ivy League-educated attorney who is as competitive as she is compassionate. She’s fierce, funny and the fact that she’s experienced injustice first hand makes her fight all the harder for her clients.”

While I think it would have probably been more groundbreaking to see Cox as the lead character, it’s still exciting that the writers created a role specifically for a trans actress to play—after all, the very first recurring trans actress in a network prime time show was Candis Cayne as Carmelita Rainer in Dirty Sexy Money, which came out a mere seven years ago. Of course, now the next step is recognizing that there are a lot of other trans actresses in the world and all of those roles shouldn’t automatically go to Cox first, but given that she’s popular right now and she happens to be a frickin’ exceptional performer, I’m down for her having more opportunities to grace us with her television presence.

Yup, that’s right, Hollywood—act like Laverne Cox is Spider-Man and put her in literally everything. Heck, let’s cast Laverne Cox as Spider-Man, as a matter of fact. Just give her some other awesome trans co-stars to work with too, y’know?

(via The Hollywood Reporter, image via Tulane Publications)