Cavemen Were Better at Drawing Four-Legged Animals | The Mary Sue 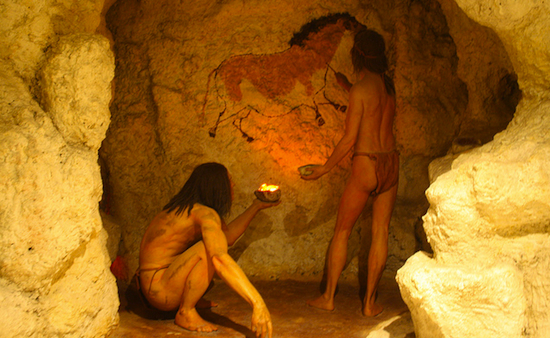 Think you know art better than a caveman? It might be time to think again — at least in one arena. A recent analysis of nearly 1,000 pieces of cave paintings and modern artwork suggests that Paleolithic humans had a better eyes than modern artists when it came to capturing the complex movement of four-legged animals. Modern artists, the study claims, have yet to reach this same level of artistic prowess and continue to struggle with the ambulatory sequence of most earthbound mammals. If you haven’t yet, this may be the point where you write the art school you attended looking for a refund.

Biological physicist Gabor Horvath — a professor at Hungary’s Eotvos University and not, as we thought for a moment, a Masters of the Universe villain — led the research in question, which gathered and compared the work of modern artists to that of ou Paleolithic progenitors. These works were collected based on three categories: Prehistoric art, modern art prior to photographer Eadweard Muybridge’s footage of horses and other four-legged animals in movement, and post-Muybridge work. The results showed that a whopping near 84% of artwork done between prehistory but before Muybridge’s short film were largely inaccurate int their depictions of animal movement. That includes a sketch by Leonardo da Vinci depicting a horse in a physically impossible position — Leo, we are disappoint.

In a past study, Horvath found that mistakes in illustrating how quadrupeds move have been overlooked in a number of textbooks and museum illustrations authorized by credible institutions for years. Nearly 64% of text book anatomical illustrations that depicted mammalian quadrupeds were inaccurate, as were over 41% of illustrations from museums, according to Horvath’s analyses, depicting the animals’ legs in positions that would leave them tripping over themselves, or are just plain impossible.

Horvath the reason for inaccuracy of quadruped illustrations was so prevalent years ago is because these particular artists were imitating the work of their peers — not unlike cheating off the test of the one kid in class who never studied. Muybridge’s footage changed all that, though, giving artists an anatomically accurate reference point for how four-legged animals actually move. Depictions since that point had indeed improved, though cavemen are still leading the pack statistically.

Really, it’s not surprising that cavemen were better at drawing wildlife than we are. At one point in human history, a mammoth walking by the cave entrance was pretty much the season premiere of Game of Thrones, if season premieres occasionally gored you to death or trampled you underfoot. With that in mind, it figures that observers would remember every minute detail.