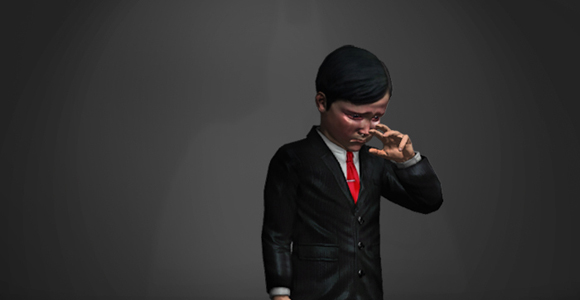 We knew Batman wasn’t technically going to be a part of Fox’s Gotham TV series but that a young Bruce Wayne was. Some fans were already a bit iffy on the premise, especially the inclusion of some serious Bat-villains, but a new description of the character may leave them shaking their heads even more. And “tragic gravitas” is only part of it.

The Gotham cast is looking pretty much set at this point, except for Bruce. Ben McKenzie is set to lead the series as Jim Gordon, Donal Logue will be assisting him as Harvey Bullock with the supporting cast of Sean Pertwee as Alfred, Zabryna Guevara is Sarah Essen, and Erin Richards as Barbara Kean. In addition, Robin Taylor has been cast as The Penguin. Other villains are set to appear but it’s likely they will roll them out as time goes on.

So what about Bruce? ComicBookMovie took a screenshot of casting details for the show from a site called Actor’s Access. It describes Bruce Wayne thusly:

Handsome? Soulful? Wise? Granted, we don’t know where exactly this series is meant to start in Batman’s timeline but all of this just sounds so high-concept. Like they’re already placing traits on him of an older, more determined Bruce instead of an 11-year-old who just…I don’t know, goes to school and stuff? Maybe it’s just me but I’m not interested in seeing a young kid already working to become a vigilante. That’s a whole other story to be told. And seriously, don’t get me started on “tragic gravitas.”

Though The Hollywood Reporter’s Marc Bernardin wrote an interesting take on how he would like to see Gotham unfold on his personal blog:

Open with the Waynes sneaking out of a charity event, confronted by punks with malfeasance on their minds. Then the Waynes are SAVED by young Lt. Gordon.

Have Gordon become a friend to the Waynes, get to know young Bruce during happier times. The prince of the city and its knight defender. Gordon educates Thomas about where the city is hurting the most and Thomas begins directing his charities towards addressing those ills.

Show us who these men are before tragedy.

THEN, either halfway through or at the end of the first season, you have the Waynes at a similar event — make it a charity screening of Zorro — sneaking out the back, and getting gunned down. Without Gordon there to save them.

That way, the Gordon who drapes his jacket over a heartbroken boy isn’t a stranger being nice to an orphan, he’s a distraught man also grieving the loss of dear friends. Of good people in a bad world.

I like it but I have a strong feeling they’ll go for the tragedy first thing. The casting sheet also says they’ll start shooting the pilot in March so it’s likely we’ll see character shots soon-ish.

What are your thoughts on the character description?

(via Digital Spy, image via DeviantArt)