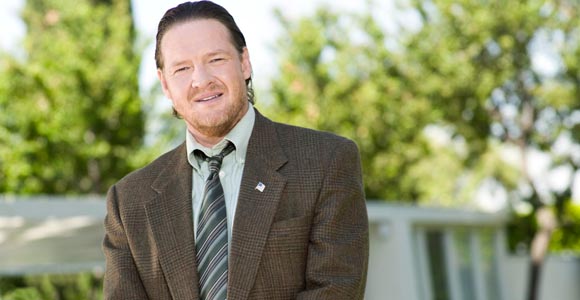 Hey, remember when people were throwing around the rumor of Donal Logue playing James Gordon for the new Batman-less Gotham series? He’s not playing Gordon, but he will star on the show.

Just last month, this was circling around the internet.

@nerdbastards not true! I wish-would be awesome (but who could top Gary Oldman?) From what I heard, Gotham catches Gordon in his late 20’s

To be fair, we never thought for a second Logue would play Gordon. He’s a fantastic actor but we knew they were going for a younger man as the lead. But the actor was keeping a secret about the show. Logue, who’s recently starred in Vikings, Copper, and Sons of Anarchy will be taking on the role of none other than Det. Harvey Bullock.

That makes so much more sense.

Bullock is Det. Jim Gordon’s partner and mentor investigating the dramatic crimes of Gotham City. He’s described as a “rough-around-the-edges detective ” who “plays loose with police procedure, but he gets results … and he does it with old-school, forceful panache” (in the comics, the character is pretty brutal with suspects, but essentially a good guy).

Bullock, of course, has been a long-standing sidekick of sorts to Gordon in the comics and I’m very interested to see Logue’s take. He’ll be playing opposite the recently cast Ben McKenzie as Gordon. Just yesterday we learned the casting of Penguin, Alfred, Captain Essen, and Barbara Kean.