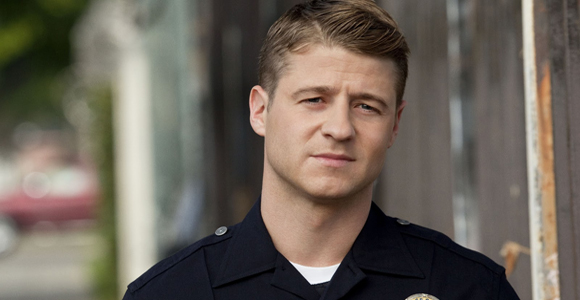 Actor Ben McKenzie, who is best known for his roles in Southland and The O.C., has signed on to play the future commissioner of Gotham City and lead role on the new Gotham TV show, James Gordon. The series is being helmed by two procedural veterans, as the pilot is being written by Bruno Heller of The Mentalist and directed by Danny Cannon of CSI and Nikita. All those things add up to a police drama that just happens to be set in Gotham – but Fox is still promising that we’ll also see some notable characters, for better or worse.

The plan is to have the series follow both Gordon and Bruce Wayne as they evolve into the roles they are ultimately set to play as Police Commissioner and Batman respectively. The Hollywood Reporter describes Gordon:

Gotham‘s Gordon is a rookie detective for Gotham City Open Police Department’s Homicide Squad. A college football star, and a war hero, Gordon was fast-tracked through the GCPD ranks. He’s brave, energetic and honest. Driven to live up to the classical virtues of a father he barely knew, he’s an idealistic soul, to the point of naiveté. That virtue is tempered by analytical intelligence and an ambitious alpha male ego — he’ll back up his naive ideals with action.

That all sounds about right as far as the character goes, if not in complete adherence to comics continuity in the general tone and attitude for the character.  While Gordon and Batman are constantly teaching each other new things about the definition of justice and ultimately that plays better with Gordon as an older man, it will be nice to see Gordon given the focus for a while.  How much of the focus he’ll get remains to be seen.

As we’ve discussed previously, Fox is also planning to bring in major villains like the Joker, Riddler, Penguin, and Catwoman, and this doesn’t quite work with the motivations of these characters historically.  After all, a big part of the Joker especially (but to a certain extent all of them) is how much he calls into question Batman’s own motivations and effect on Gotham.  Does Batman keep these villains in check or do they exist only because he exists?  Also, most of them have origins that are at least in part tied into Batman already existing.  With no Batman in Gotham City yet, what will be these characters’ reason for pulling villain hijinks? And of course, there’s the fact that Smallville dragged on far too long without Clark putting on a costume to the point of ridiculousness, so if Gotham is successful, will we see Fox milk that cash cow for all it’s worth past the point of the show making any sense?  That all remains to be seen.

For now – Ben McKenzie seems like a solid choice to play Gordon. He’s aged in a way where he remains attractive but is way less baby-faced than he used to be.  He’s done cop dramas before.  Sure, he’s no Gary Oldman, but who is?  Ideally, Gotham will focus on the police of Gotham City and leave the super-villains for another project. Has anyone mailed Heller and Cannon some trades of Gotham Central yet? Get on that, internet.