Fox’s Gotham TV Show Will Have Bruce Wayne, Villain Origins, According To Reports 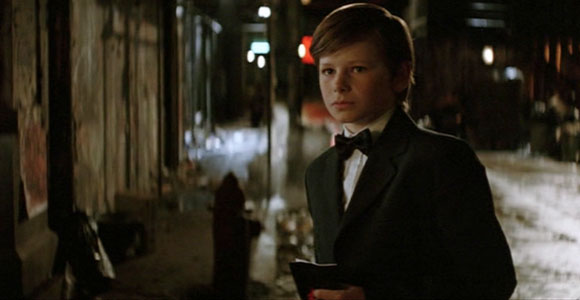 Some new details have emerged about the upcoming Gotham television show. Looks like we may have another Smallville on our hands.

It was recently announced Danny Cannon would direct and executive produce the pilot but new details come from the Television Critics Association Winter Press Tour. It was previously said this incarnation would not include Batman but the appearance of Bruce Wayne was not confirmed. Now it has been.

The previous info on Bruce Wayne came from a casting call for a 10-year-old but some folks reporting on TCA tweeted details from Fox chairman Kevin Reilly. TV Guide’s Natalie Abrams wrote:

#Gotham will have a young Bruce Wayne, with an origin story that leads to Batman putting on cape in final episode of series #TCA14

That, um, sounds a lot like The CW’s Smallville, which kept Clark Kent from putting on the Superman costume until the finale. “Reilly aims for #Gotham to arc out a young Bruce Wayne’s journey (he’ll start @ approx 12),” tweeted Laura Prudom. “Basically the same trajectory as #Smallville, but with Jim Gordon at the center instead of Bruce, seemingly.” And then there was this:

Which led to this:

Which I’m sure is going to confuse/anger fans. Susana previously surmised the villains we’d see on the series would be lesser-known, considering most have a connection to Batman. She wrote, “folks like the Joker and Two-Face have origins that are entirely caught up in their interactions with Batman. Is this going to turn into a Smallville type situation where Gordon has been getting the occasional ominous playing card in the mail for seven seasons, and has a weirdly close friendship with an idiotic billionaire, but the show still isn’t allowed to actually dig into the stuff that’s made the setting so iconic? It’s also a bit unclear, for example, what Ra’s al Ghul, Catwoman, Bane, and any number of other Batman villains even represent without him as an opposing force.”

Reilly also called Gotham “an operatic soap with a larger than life quality.” I’m not sold but it will be interesting to see how this plays out in light of Batman’s new, older incarnation on the big screen, Ben Affleck in the Man of Steel sequel.

In other, brief, news, NBC has officially ordered a pilot for David S. Goyer’s Constantine project we previously reported on.