This ticking crocodile is your birthright! 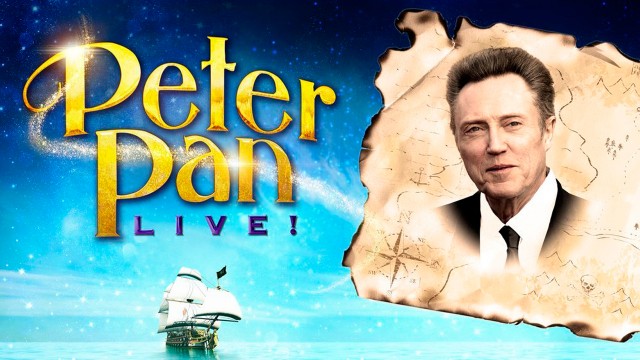 In case there was any doubt in your mind that NBC’s upcoming series of live musicals was designed purely to create television events so fantastically bizarre that people will trample each other trying to livetweet them, then listen to this new casting news: in December, the role of Captain Hook in Peter Pan will be played by Christopher Walken. Yes, you read that correctly.

In a statement yesterday from NBC’s Chairman of Entertainment Robert Greenblatt, it was revealed the famous actor would play the equally famous leader of the pirates in their December 4th live production of the 1954 Broadway musical. “This might be the first tap-dancing Captain Hook you’ll ever see,” he said.

Walken is by no means a stranger to the stage: he has an extensive Broadway play background, which includes the “play with music” Jame Joyce’s The Dead in 2001 and, most recently, the 2010 production of A Behanding in Spokane. He was also featured in the 2007 film of Hairspray and the 1981 Herbert Ross movie musical Pennies From Heaven in 1980, where he also tap danced. Apparently that’s kind of his thing, and with any luck it will be as ridiculous and surprisingly engaging as we all want it to be. Captain Hook is one of the more demanding roles of the show, after all, so why not cast a guy so compelling he can even make nonsensical dialogue from Gigli into something interesting?

You know what else this means, though? Walken will probably also play Mr. Darling, if they stick to tradition. Which they probably shouldn’t, because… well, Ugg-a-Wugg. Shudder.

While they have not announced who their Peter Pan will be, Greenblatt also mentioned NBC was in talks with Kristen Bell to play the role (typically Peter Pan is played by a woman), but she wasn’t able to make the August-to-December rehearsals match up with her House of Lies filming schedule.  So who should get the part, then? I’d say either Anna Kendrick or Anna Camp would be more than capable, but they’re most likely going to be busy filming Pitch Perfect 2. Any other suggestions, gang?