And the Next Musical NBC’s Going to Butcher Is… 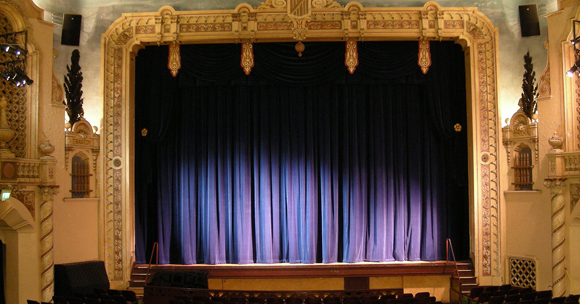 There’s also some news on the peacock network’s upcoming Wizard of Oz show. No, it’s not the Game of Thrones-y one. Or the medical drama. Or Syfy’s post-apocalyptic version.

But first: As we reported last month, all those people hatewatching NBC’s Carrie Underwood-starring The Sound of Music Live! bumped up the ratings so much that NBC decided to make the live musical event a regular thing. In a recent interview NBC Chairman Robert Greenblatt shared what the next Broadway classic getting its leads switched out for people with more name recognition but less musical theater ability will be: Peter Pan.

“NBC has a history with the show,” explains Greenblatt, “which even I didn’t know.

In 1955, the Broadway production, which was doing great business, closed in order for the whole cast to do a live broadcast of it on NBC from a studio in Manhattan, and it was in color, which was a novelty back then.  65 million people tuned in.  It was so successful that, a year later, NBC did another live production with the same cast.  And then in 1960, they did it again, this time starring Mia Farrow.”

This new version will air on December 4th and will be produced by The Sound of Music Live!‘s Craig Zadan and Neil Meron. The 1955 version with Mary Martin is one that I, and a lot of people, grew up with. Don’t screw it up, NBC. No, whatever, screw it up, I don’t care. I’m not going to watch it anyway. Cast Carrie Underwood again. Cast Miley Cyrus. Cast The Rock. It literally makes no difference… except I would absolutely watch it if The Rock were Peter Pan. And Vin Diesel as Tinkerbell. It’s the only way you’re getting my vote, NBC.

As for that other children’s fantasy classic the network is remaking: It’s called Emerald City, and according to Greenblatt it’s “a modern re-imagining of the L. Frank Baum books that, of course, inspired many things, including The Wizard of Oz and Wicked.  Our version is a bit of a thrilling, more epic telling of the stories, through the eyes of 20-year-old Dorothy who gets caught up in a tornado, but drops into a place that is definitely not your grandmother’s Oz.”

You’re gonna have to give me more than “not your grandmother’s Oz!” and “Dorothy, but older so we can make her hot!” to get me interested, Greenie. Especially given the sheer number of The Wizard of Oz shows in the pipeline right now. It’s ridiculous. I’m sick of them already. Rob Thomas, where’s that Les Misérables-inspired legal drama you were working on? Don’t think I’ve forgotten about it.

The plan is to have ten episodes of Emerald City ready to premiere mid-season next year, and that could be it for the show “if we feel like we’ve plumbed the depths of what we want to do.” (Read: If the ratings are bad. This is America. As long as the numbers are good, we keep shows on life support until the very end. Looking at you, Supernatural.)

(via Collider, picture by Mickey Thurman)