Vote Now For The Winner Of The Mary Sue and Calgary Expo’s Ultimate Cosplay Contest! 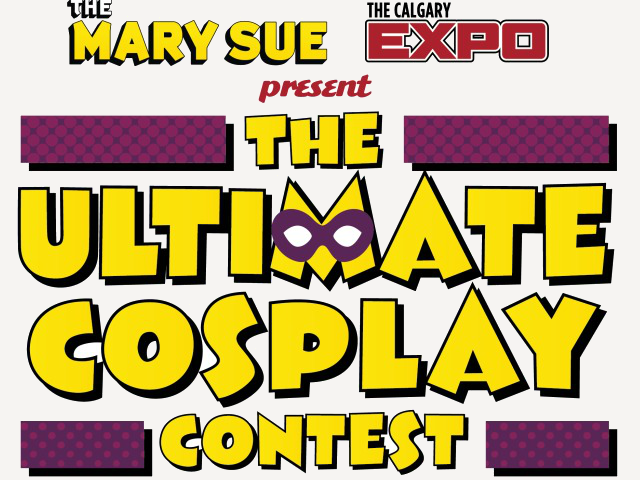 You’ve submitted your entries for The Mary Sue and Calgary Comic & Entertainment Expo‘s Ultimate Cosplay Contest, and the finalists have been chosen! And whoa are they ever amazing!

We received hundreds of entries for the contest, and whittling it down to a Top 10 was one of the hardest things our judges have ever had to do. There are so many incredibly talented cosplayers out there, and we want to thank each and every one of you to applying. Keep that cosplay love strong, because you were all fantastic!

So who voted on these finalists?

Now the voting process turns to you, The Mary Sue readers! Pick one finalist out of the ten to vote for at the bottom of this page. The winner (and a friend) will receive a free trip and VIP pass to Calgary Expo and will be a judge in their Costume Contest!

We also asked each entrant to tell us a little about their character, costume process, and what cosplay means to them. Click on the photo for each entry to see more pictures and a full description of their work in their own words! 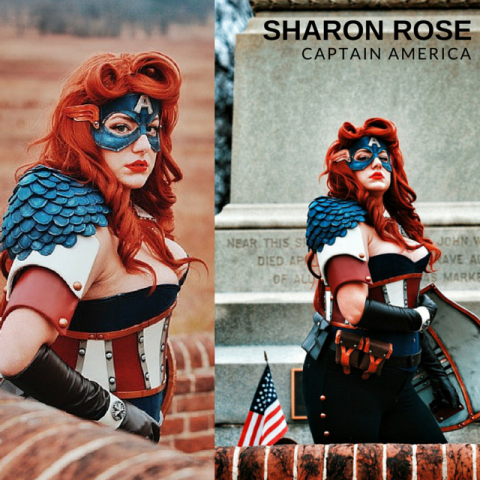 Sharon (Grantham, PA)
as Captain America
“Captain America is such an iconic male superhero, and I’ve always wondered how this character would have been represented if he were, instead, a woman during the 1940s .To me, cosplay is living, breathing art—the process of engineering and painting the costume elements, and then acting as this character, has been so rewarding.” 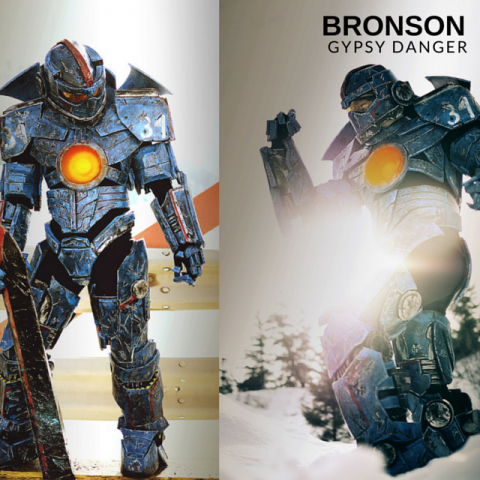 Bronson (Williams Lake, BC)
as Gipsy Danger from Pacific Rim
“Every single small child in the world dreams of being a giant robot, kicking aliens’ asses using tanker ships like baseball bats! I think what I love most about cosplay is the idea that we take something impractical or downright impossible, usually limited to fantasy universes, […] pulling them from fiction, and into real life.” 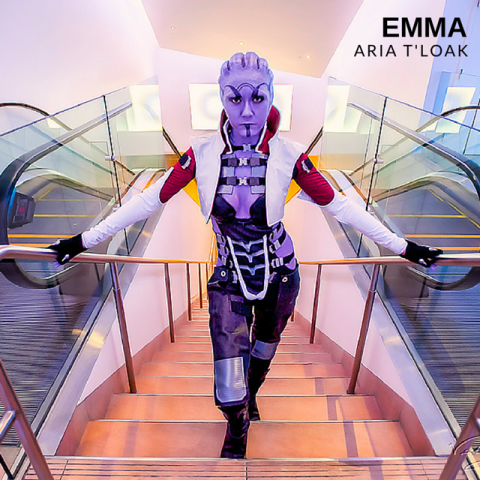 Emma (Vancouver, BC)
as Aria T’Loak from Mass Effect
“I picked Aria because she’s an amazingly strong and power woman in the Mass Effect series; she runs her own little section of the galaxy, and no one crosses her. And let’s face it… her clothes are fantastic! My favourite thing about cosplay is learning new crafting techniques, and this costume was full of them.” 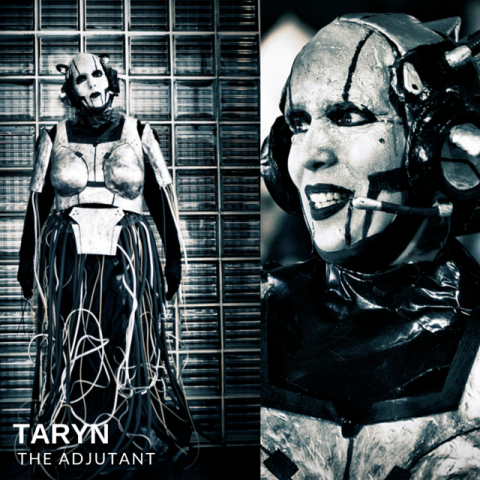 Taryn (Winnipeg, MB)
as The Adjutant from Starcraft 2
“Every year, I try to find a cosplay idea that will challenge my skills […] I even made a tutorial so others could learn how to make this costume! What I love most about cosplay is that it not only gives me the chance to exercise my creative skills, but it lets me be a part of a community that is so welcoming, supportive, and giving.” 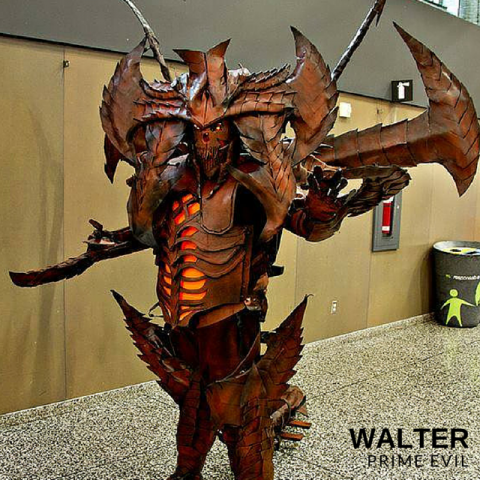 Walter (Ottawa, ON)
as Prime Evil from Diablo 3
“I like doing unique projects that are either rarely done or never done. The sheer thrill of people enjoying your costume and the cosplay community itself here is pretty awesome.” 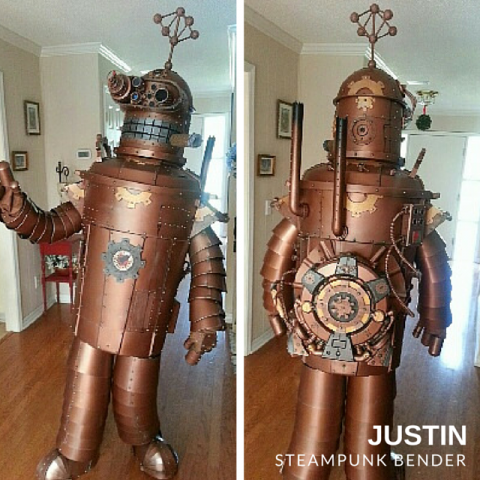 Justin (Jacksonville, FL)
as Steampunk Bender from Futurama
“The wife and I got into cosplaying when I moved here from the UK; to us, it was an expansion of the general geekiness that had brought us together across the pond. Cosplayers are usually pretty awesome people and a blast to hang out with.” 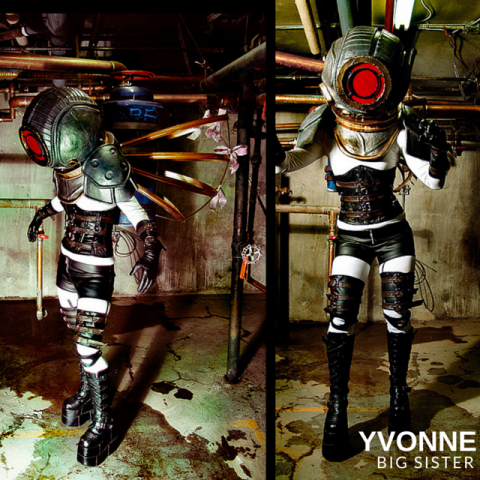 Yvonne (Okotoks, AB)
as a Big Sister from Bioshock 2
“I am a huge fan of the Bioshock series, particularly of the universe and characters, so I decided to make my own costume of one of my favorite characters. It involved sculpting, mold-making, casting, fabricating, painting, and sewing!” 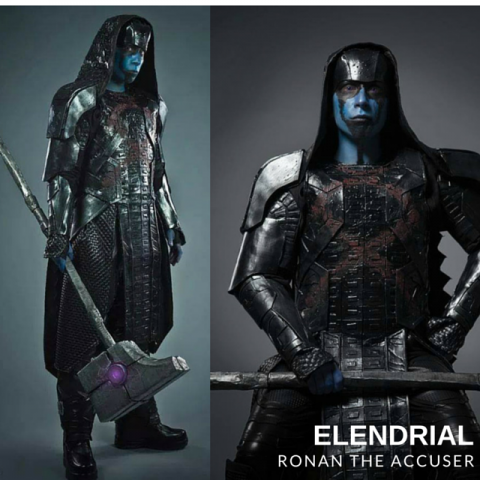 Elendriel (Hawaii)
as Ronan the Accuser from Guardians of the Galaxy
“Over 200 hours were spent constructing this costume from scratch; everything was hand-made except for the shoes themselves. The part I love most about the cosplaying community are the people and the friendships that I’ve made over the years. How many hobbies can you say that you know people around the world?” 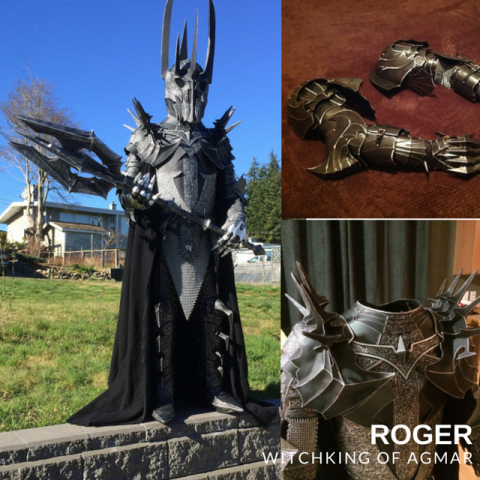 Roger (Campbell River, BC)
as Sauron from Lord of the Rings
“The armor is fully-articulat[ed], hand-riveted, and fully-fucntional. It weighs well over a hundred pounds, and I made every ring of the chain mail. The gauntlets are also fully-articulat[ed] with 71 rivets in each. The process of designing and building took over a year… and yes, I made everything.” 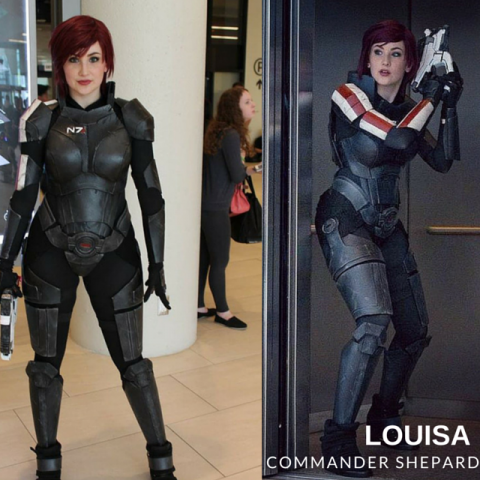 Louisa (Burlington, ON)
as Commander Shepard from Mass Effect
“The Mass Effect series by BioWare has a really special place in my heart. As someone diagnosed with Anxiety and Depression, it’s hard for me to keep my head [up]. Mass Effect‘s Commander Shepard and cosplay helped me out a lot with that, as cheesy as that may sound.”

We’ll be announcing the winner on March 15th! You can vote for your fave once a day until then. Full rules and regulations can be found here. Happy voting, Mary Suevians!