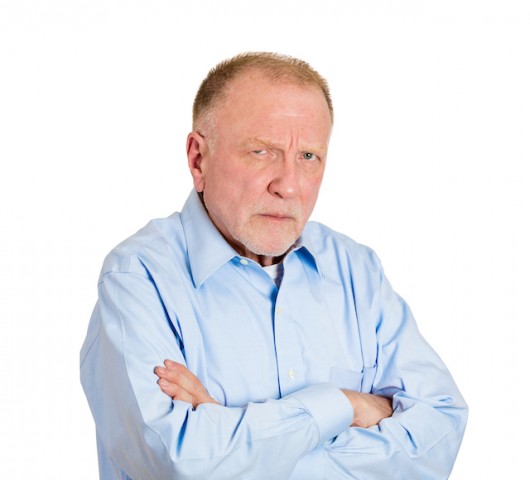 You’d be hard pressed to find a better demonstration of the perceived oppression of white people being called out on their privilege then what happened to Buzzfeed Canada writer Scaachi Koul over the weekend.

In a series of tweets that have since been deleted but are screencapped over on Huffington Post, Koul wrote, “Would you like to write long-form for Buzzfeed Canada? WELL YOU CAN. We want pitched for your Canada-centric essays & reporting. Buzzfeed Canada would particularly like to hear from you if you are not white and not male.” A pretty innocuous statement, right? Apparently, twitter thought otherwise.

Some users took exception to Koul’s posting, prompting her to tweet, “If you’re a white man upset that we are looking for mostly non-white non-men […] Go write for Maclean’s.” Maclean’s columnist Scott Gilmore responded to Saatchi’s posting by claiming her statements about non-white non-male authors were illegal and part of a desire to look “edgy” (what, dude?):

@Scott_Gilmore @Scaachi it’s clearly not a job ad, and it violates no laws to encourage women & poc to pitch. But yeah thx for the link.

Incredibly, the backlash to Koul’s call for diverse writers didn’t end there; she also tweeted that she was “starting to get tweets from white men saying that my (white, male) boss should rape and/or murder me as professional discipline,” and has since deleted her Twitter account. (It’s worth wondering if Silverman would have received comparable harassment if he’d tweeted the exact same thing as Koul—somehow, I think not.)

Although American media still has a long way to go in terms of diversity, the animosity directed at Koul is indicative of how entrenched white male voices are in Canadian media as well—an article published in the Ryerson Review of Journalism last November revealed that, as of 2004, people of color made up a mere 3.4% of the staff at Canadian newspapers, and that the monolithic makeup of Canadian media hasn’t improved in the intervening years.

The article specifically cites the extreme whiteness of major Canadian newspapers like the Ottawa Citizen and The Vancouver Sun, and writes that the overwhelming majority of national columnists are “old white men.” Ryerson also suggested some measures editors could use in order to diversify their staff, such as offering internship opportunities aimed at helping people of color get a start in the industry, or having editors seek out “talented writers in underrepresented communities.” In other words, similar measures to what Koul was undertaking, and for which she received violent, gendered harassment.

But again, that lack of diversity and resistance to change is in no way specific to Canada—notably, the virile backlash to Koul’s push for greater media diversity reminds me of the recent lawsuit against Yahoo, in which a terminated male employee alleged that the company intentionally practices gender-based discrimination against men. There are countless examples of people who are used to benefiting from an industry’s lack of diversity then perceiving a push for equality as a marginalization of their own identity—as the saying goes, if we’re used to privilege, equality can feel like oppression.

It’s incredibly disappointing that columnists like Maclean’s Scott Gilmore can’t make that distinction, or that they perceive Koul’s desire for greater representation as “edgy.” “Edgy” implies that Koul’s statements were somehow disingenuous; a performance of progressiveness rather than a sincere belief that media and the people who read it will be improved by showcasing voices that historically have been silenced. But that’s one of the things about being a woman on Twitter, though, particularly a woman of color—you don’t open yourself up to harassment like what Koul faced for the sake of “edginess” alone. As Koul herself said before deleting her Twitter, “giving ignored voices preferential treatment is not racism against white people …it is an attempt to fix all of history.”

We reached out Koul for statement, but she declined to comment at this time.