Glee Thinks They Did Jonathan Coulton a Favor | The Mary Sue 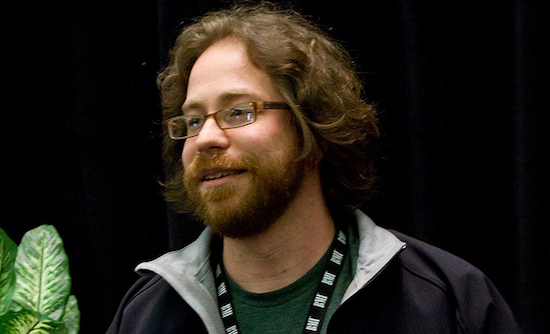 Ah, Glee. Can you get any worse? The answer to that question, for those playing along at home, is an unequivocal “yes, though not much.” It came to light last week that an episode called “Sadie Hawkins” would use a version of Sir Mix-a-Lot’s “Baby Got Back” song. That version, unfortunately, turned out to be Jonathan Coulton‘s specific arrangement and even lyrics. Well, now it’s aired and, yup, it’s basically JoCo’s version. Even worse, Glee apparently thinks they did the man a favor by using it.

Coulton was pretty obviously miffed about the whole thing. The folks from Glee don’t appear to be too concerned about their actions in this case either, as they consider themselves to be well within their legal rights.

I am pretty angry. I have news and will write about it soon.

Here’s JoCo’s update to his original post on the matter which describes his his correspondence with the people in the Glee camp:

MORE MORE UPDATE 1/25: Well, they aired it, seemingly unchanged. And it’s now for sale in the US iTunes store. They also got in touch with my peeps to basically say that they’re within their legal rights to do this, and that I should be happy for the exposure (even though they do not credit me, and have not even publicly acknowledged that it’s my version – so you know, it’s kind of SECRET exposure). While they appear not to be legally obligated to do any of these things, they did not apologize, offer to credit me, or offer to pay me, and indicated that this was their general policy in regards to covers of covers. It does not appear that I have a copyright claim, but I’m still investigating the possibility (which I consider likely) that they used some or all of my audio. I’ll write something longer and more detailed about this when I can get my head together about it probably in a couple of days. Thanks for your support, but please continue not to burn anything down.

So, yeah. They don’t have any intention to actually credit Coulton’s influence or pay the man anything at all — and they might not even have to do so. Regardless of the legal implications, the entire thing’s gross. If they did in fact use some of his audio, there might be something he can do about it, but otherwise it seems that he’s out of luck.

For reference, here’s the official Glee version of the song:

(Jonathan Coulton via The Escapist, image via watsonsinelgin)