Did Glee Rip Off Jonathan Coulton's Cover of Baby Got Back? | The Mary Sue 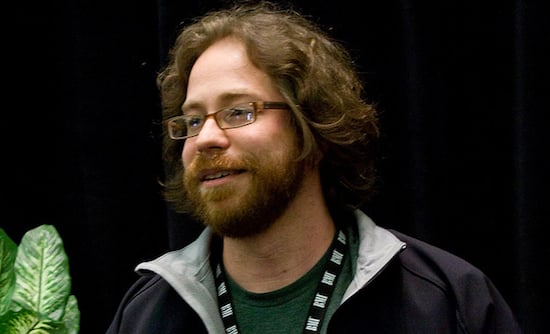 We think it’s safe to say that Glee’s propensity for taking classic songs and mutating them into teenybopper renditions that stab away at both our ear drums and patience knows absolutely no bounds, but it’s still — as much as we hate to say this — 100% legit given that the original artists willingly sign away their souls to the show’s executives for their thirty pieces of silver. Today, however, it was discovered by geek culture’s favorite singer/songwriter, Jonathan Coulton, that what Glee wants, Glee will most certainly take without so much as permission and proper licensing. The show has apparently given a take on Coulton’s cover version of Sir Mix-a-Lot’s “Baby Got Back” practically verbatim, and the singer and his army of fans are up in arms over the show’s apparent audacious and ill-conceived move.

The controversy began this morning when Coulton was notified of Glee’s use of his “Baby Got Back” cover for one of their upcoming episodes. Coulton couldn’t vouch for the accuracy of this since the source of the information came from the Glee Wiki — an unofficial wiki site unaffiliated with the show proper and the FOX television network as a whole. Upon listening to a recently uploaded video on YouTube of Glee’s “Baby Got Back” rendition, Coulton noticed that the melody and instruments used were infuriatingly familiar to his own:

Hey look, @gleeonfox ripped off my cover of Baby Got Back: bit.ly/WME9Ho. Never even contacted me. Classy.

Incriminating Glee even further is the fact that they apparently — whether by oversight or sheer hubris — left in the lyric “Jonny C.’s in trouble,” which Coulton had written in to his cover of the song. Coulton’s music is known to be under a Creative Commons Attribution Noncommercial agreement, stipulating that his songs not be used for commercial purposes, though this does not apply to any covers or remixes. At most, he would be fighting for attribution credits to the “Baby Got Back” cover rather than monetary compensation. Whatever the outcome, everyone who despises Glee comes out a winner since we now have even more valid justification for our extreme vitriol.

You can listen to both Glee and Coulton’s covers of the song for yourself and see where the similarities are, with the “Jonny C.” lyric appearing at the 2:15 mark for both videos: