LEGO Announces Official Back to the Future Set | The Mary Sue

Where We’re Going, We Don’t Need Roads: Back to the Future LEGO Set’s Really Happening 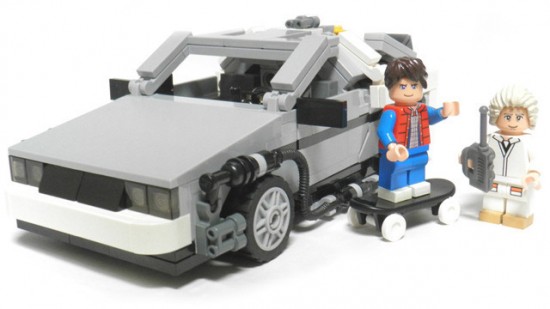 LEGO‘s just released the summer review results from their CUUSOO website, which is a system where modelers can submit their creations in the hopes that they’ll eventually become actual sets. Once a submission manages 10,000 votes from the community, LEGO reviews them and makes a call on whether they move forward with the project. That’s how that sweet Minecraft LEGO set came to fruition. One of those in the spotlight this time around was an impressive Back to the Future DeLorean model. You can probably see where this is going.

Yes, a Back to the Future LEGO set is really, truly happening.

Way back when the set first appeared on our radar, one of our initial concerns was that Universal — which owns the rights to the franchise — would immediately torpedo it. We were apparently so very wrong, as the two companies are working together to make this a reality, according to LEGO:

The final product is still in development in coordination with our license partner, Universal Partnerships & Licensing. We’ll show the final model and you’ll be able to order your own copy when it becomes available in mid-2013 (exact dates and pricing to be determined).

The other three submissions under review, which included a Legend of Zelda set, didn’t quite make the cut. Generally speaking, they didn’t pass the “business case,” which certainly sounds like code for the fact that licensing would have been too expensive.

Here’s the somewhat awkward video where they make it official:

Back to the FutureCUUSOOLEGOUniversal Studios