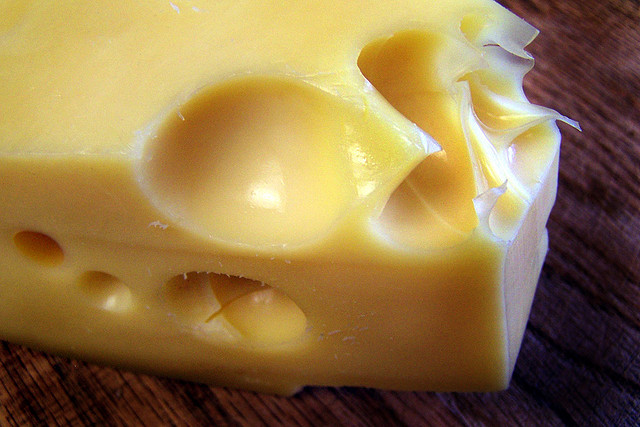 Andrej Shevchenko and his research team at the Max Planck Institute of Molecular Cell Biology and Genetics in Dresden analyzed strange fragments from a 4,000 year old mummy that turned out to be cheese remnants, probably making this the oldest cheese ever.

The bronze age cheese was a funerary good found around the neck of the mummy excavated at the Xiaohe burial site in Xinjiang, western China. Because of it’s lucky location in the Taklamakan Desert, the cheese was well-preserved. Analyzing the ancient cheese, the scientists were able to reconstruct the recipe, which consisted of yeast, bacteria and milk, similar to kefir cheese but maybe not as delicious. Shevchenko also points out that the cheese was not made with rennet found in the stomachs of animals, which meant that it didn’t require any animals to be killed in the cheese-making process.

Besides the dry, desert climate preserving the cheese, the recipe itself was beneficial because it doesn’t spoil as quickly. According to the scientists,

“The method of making this kefir cheese is simple; it doesn’t spoil or turn rancid quickly – so the cheese is extremely well suited to mass production.”

This aged cheese opens a whole new door for scientists and archaeologists who are interested in dating materials back to ancient times since it doesn’t decompose.  Shevchenko and his team are usually responsible for analyzing fats and proteins in cells. However, when Chinese archaeologist, Yimin Yang had the idea to have the cheese findings analyzed similarly to the way cells are, using quantitative proteomics, it proved to be a proper method. Quantitative proteomics is not only limited to biomedicine.

So, thanks to science, we can recreate ancient cheese recipes. How often do you get to hear about surviving cheese from the Bronze Age?

(via Phys.org, image via arbyreed)