Scientists Have Revived a “Hardy” 30,000 Year Old Virus From Permafrost

All it took was true love's kiss. 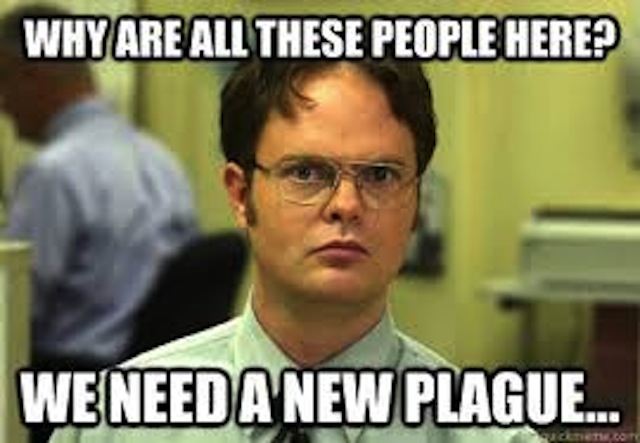 If you like the word “indestructible” combined with “virus,” then I’m assuming you’re a supervillain with a great collection of Hazmat suits. National Geographic is reporting that scientists have just revived a large, ancient virus from permafrost in Siberia. Oh yes, another upside to global warming: increased risk of exposure to dormant pathogens.

Jean-Michael Claverie and Chantal Abergel recently resurrected 30,000 year old Pithovirus sibericum and published their findings in the Proceedings of the National Academy of the Sciences.

The pair reassured National Geographic that this particular “giant” microbe (large enough to be seen under a regular microscope) doesn’t pose a risk to humans: “We use amoeba on purpose as a safe bait for capturing viruses. We then immediately verify that they are not able to infect animal/human cells.” So, this is mostly bad news if you’re an amoeba, which you’re probably not if you can read this.

Claverie and Abergel explain that with global warming, more and more of these giant viruses may become viable for reanimation.

Special environments such as deep ocean sediments and permafrost are very good preservers of microbes [and viruses] because they are cold, anoxic (lacking oxygen), and in the dark.

Oh good, dredging ancient mysteries up from an ocean trench! What could go wrong?

Claverie and Abergel say the more mankind knows about dormant viruses, the better we will be able to protect ourselves in the unlikely event that global warming does release something deadly.

The fact that we might catch a viral infection from a long-extinct Neanderthal individual is a good demonstration that the notion that a virus could be ‘eradicated’ from the planet is plain wrong and gives us a false sense of security. At least a stock of vaccine should be kept, just in case.

Claverie and Abergel’s quest to save civilization from future ancient plagues is all well and good, but I think what we’re all wondering is if it’s possible to reanimate other “giant” things from permafrost. Like adorable woolly mammoths, perhaps? Those might infect humans…with love.

(via io9 and National Geographic, image via The Office)