Science Has Found the Oldest Pieces of the Earth

Guys, these things are seriously older than dirt. 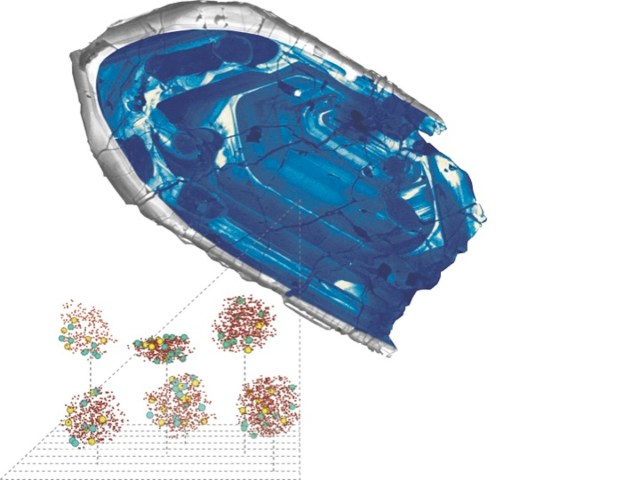 Unless you believe Jesus rode around on dinosaurs, the Earth is pretty darn old. It’s hard to learn about the Earth’s formation now that pretty much everything here has undergone massive changes since then, which is why scientists are so excited to have found the oldest surviving fragment of the Earth ever in the form of a tiny zircon crystal.

Geologists have been mining tiny fragments of zirconium from Jack Hills in Australia, and they were just recently able to confirm that the mineral samples are the oldest discovered surviving fragments of the early Earth. They date back 4.375 billion years (with a margin of error of 6 million), which means they formed very shortly after the Earth itself did 4.54 billion years ago.

What’s interesting about the zircons is that would have come from water-rich rock sources, which means that the Earth cooled enough for surface water to form relatively soon after its initial formation and the formation of the moon. That means that ancient Earth was a lot more hospitable than previously imagined and more similar to how it is today.

Of course, when you’re looking back that far, it’s difficult to pinpoint exact ages. Science has had trouble coming up with confident dates on the zircons in the past, but the team led by John Valley of the University of Wisconsin, Madison broke down the samples and examined them atom by atom.

They found clusters of atoms that were intact and wouldn’t have allowed outside particles to interfere, so the team could have confidence in dating their radioactive decay. Now we know a lot more about the timeline of how the Earth formed, so think of geology as a fun alternate reality in which things that are old can be really useful.

Then, you can return to the rest of the Internet, where you can and will get mocked for posting something that everyone else has known about for more than an hour.

(via Sploid, image via John Valley, University of Wisconsin)