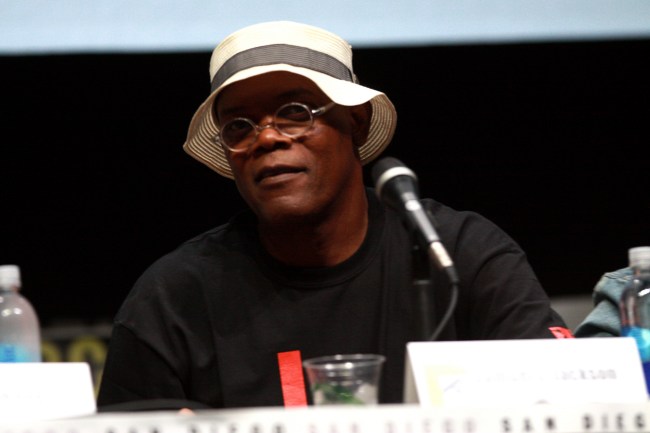 In Jordan Peele’s Get Out, British actor Daniel Kaluuya’s perfectly encapsulated the naive optimism and subsequent paralyzing fear upon realization that he’s being exploited by the friendly white people he mistakenly believed were harmless.

There’s no indication that, as someone not from this country, he lacked understanding of the nuanced racial politics that have plagued America for centuries. That’s why I understand why he’d be somewhat slighted by Samuel L. Jackson, who wondered what the horror film would be like “with an American brother who really feels that.”

“Here’s the thing about that critique, though. I’m dark-skinned. When I’m around black people I’m made to feel ‘other’ because I’m dark-skinned,” Kaluuya said in response. “I’ve had to wrestle with that, with people going, ‘You’re too black.’ Then I come to America and they say, ‘You’re not black enough.” Do you know how exhausting and isolating it is to feel like you’re not good enough for your own people, all while dealing with the frustration of daily microaggressions and systematic racism from the outside world?  I can tell you right now, it’s not a great feeling at all.

He continued: “This is the frustrating thing…in order to prove that I can play this role, I have to open up about the trauma that I’ve experienced as a black person. I have to show off my struggle so that people accept that I’m black. No matter that every single room I go to I’m usually the darkest person there. I kind of resent that mentality…I resent that I have to prove that I’m black. I don’t know what that is. I’m still processing it.”

Jackson’s claims that a Brit couldn’t possibly “feel” it goes against a shared history of slavery, prejudice and systematic racism from white people. Just a few weeks ago, a dark-skinned Brazilian soccer player was reduced to tears after Serbian fans broke out with “Monkey” chants during a game. So yeah, we may come from different parts of the world now, but we do share a similar African heritage. 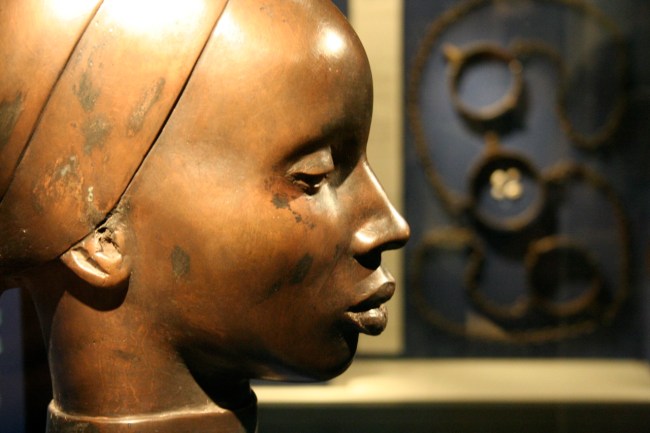 Take into account that not only were Africans abducted from their homeland, they were stripped of their names (family lines forgotten) and treated like property. Out of more than 12 million people, least two million died, their bodies tossed into the sea, during that horrific Middle Passage trek across the Atlantic which included not only Europe, North America and the Caribbean, but South America as well. And while America passed the 13th amendment in 1865, abolishing slavery, Britain didn’t make owning slaves illegal until 1833 despite outlawing the Transatlantic slave trade in 1807.

Perhaps the biggest difference between the two countries is that Britain didn’t have a formal Civil Rights Movement. There was no Martin Luther King Jr. or Million Man March across the pond, but they had their own Black Panther Party in the ’70s—the Black Unity and Freedom Party—and looked to our Civil Rights leaders for inspiration.

I think it’s important to see how similar America and Britain are with regard to race because we often overlook how prevalent it was and still is in both countries. Just because the U.K. didn’t have formal Jim Crow laws (though South Africa had Apartheid)  doesn’t mean shopkeepers weren’t putting “No blacks” signs in their shops, that black workers weren’t the first to lose their jobs during Britain’s economic decline in the the ’60s or that even today, black men can still be unjustly killed by the police with little to no consequences.

So yeah, I’m pretty sure Kaluuya has a thorough understanding of the complicated racial conflict in Get Out.

John Boyega also jumped into the debate to tweet: “Black brits vs African American. A stupid ass conflict we don’t have time for.” That would have been fine had he not retweeted his manager Femi Oguns, who wrote, “Mr @SamuelLJackson emancipate yourself from mental slavery my brother.” It’s the same deflective tactic used by privileged white people looking to dismiss the uncomfortable conversation of racism altogether.

Acknowledging an issue is not simply bitching and moaning, it’s an invitation for change. If we kept our heads in the sand, we wouldn’t even have a Civil Rights Movement to begin with. And just look at what came out of #OscarsSoWhite:  Mahershala Ali (Moonlight), Dev Patel (Lion), Denzel Washington (Fences), Viola Davis (Fences), Naomie Harris (Moonlight) and Octavia Spencer (Hidden Figures) nominated in major categories and Moonlight won Best Picture. Granted, we sill have a long ways to go, but the fact that the conversation sparked even the slightest change speaks to the power of awareness.

Samuel L Jackson clarified his comments after Boyega’s response, saying he has nothing against U.K. actors coming to America. However, he continued to argue that “Daniel [Kaluuya] grew up in a country where they’ve been interracial dating for a hundred years. What would a brother from America have made of that role? Some things are universal, but [not everything].”

My guess would be something similar. And that’s not to say Jackson is completely off-base because there is this underlying idea that British actors are somehow “better” or “classier” than American actors, but that has more to do with who is casting rather than the person playing the role (and British actors coming to America because of lack of opportunities stateside is a deeper issue which David Oyewolo eloquently breaks down here). It’s discouraging to see this kind of divisiveness because, at the end of the day, black actors (British or not) are essentially fighting over the same scraps and that needs to change.

(via The Hollywood Reporter, image via Gage Skidmore/Flickr)