Students In Boston Get Very Political Over Yoga Pants Ban

Give me Lululemon or give me death! 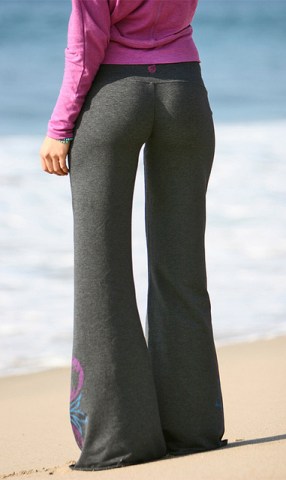 Real talk people: most of us own yoga pants, but not to practice an ancient Eastern spiritual devotion: we just like the way they make our butts look. A Boston school recently tried to ban the trendy, ass-clinging pants, and inadvertently gave students a lesson on civil liberties and peaceful protest.

After cluing in and realizing that, like, 75 percent of High School students (in no way an official statistic) are using the tight pants to show off their derrieres and not their downward dogs, Rockport Middle/High School announced last week that the pants would no longer be acceptable under the dress code.

Principal Philip Conrad says teachers had expressed concerns that the pants were distracting — but he was likely unprepared for his students’ strong reaction to the pants ban.

The Lululemon-loving youth would not let the voices of their generation be silenced, and protested Friday by sporting their spandex yoga pants to show the Man he couldn’t get them, or their butts, down. Some of the young rebels were sent home, while others were simply convinced to change at school.

It seems that the students’ fiery resistance shook the patriarchy to the core. Rockport announced Monday that a school committee will be formed to discuss the dress code, and that in the meantime the politically-charged pants will be acceptable school wear.

Says a repentant Superintendent Liebow to CBS, “This is the prudent approach to have everyone weigh in on what should be acceptable dress for school.” Liebow admits that although he wants to enforce the right rules, it’s obvious that the students feel (disproportionately) strongly about their right to wear stretchy pants, and he will not silence the voice of the oppressed.

Yes, an awesome school full of awesome, hip, presumably flexible teenagers who probably just read 1984 in their English classes and will make you pry their yoga pants from their cold, dead buttcheeks.

(Via CBC, images via LiveBreatheYoga.com)