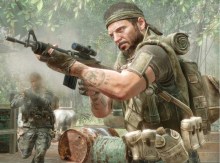 A new study by University of Ottawa researcher Jean-Philippe Chaput shows that, apparently, teenagers who spend an hour gaming typically eat more afterwards than teenagers who spend an hour performing a similarly sedentary activity. The study involved plopping teenagers in front of a game console –no word on what they had them play– and then giving them an open buffet afterwards. The control group did some other, sedentary, mundane activity and were also awarded with an open buffet. I haven’t finished this article yet, but I can already tell you that, regrettably, there is no open buffet waiting for me when I finish.

What the study found is that the teenagers who were playing games eat, on average, 163 calories more than the teenagers who were doing something else. On top of that, the gamers didn’t actually burn any more calories than the control group, so the increased calorie intake wasn’t replace the energy spent on all that thumb movement or anything. There were also no biological indicators of stress in these gamers, so that couldn’t explain it either. No stress? Seriously, I want to know what they were playing.

On discovering these facts, Chaput drew a parallel between the way gamers eat after gaming and the way people eat while watching television: they eat for no readily discernible reason. He didn’t stop there, of course, and went on to be sort of a jerk about it.

“Video gaming is worse than [just] being a sedentary activity.”

“In the study we gave people food only after video gaming, but in real life we know that kids can eat while playing and probably play for more than just one hour.”

Ok, so maybe I’m overreacting a little. The numbers do support that conclusion from a calorie intake outtake perspective. I do have just a few bones to pick with what this study actually proves, however. Granted, teenagers may eat more after sitting on a couch and gaming than after sitting on a couch and not-gaming, but was the setup of the experiment at all similar to typical gaming habits? I’m going to say no, and here’s why.

Can kids eat while playing? Technically yes. Do kids eat while playing? Different question entirely. Gaming usually requires both hands and holding something that you don’t want to be sticky or greasy. You certainly can’t use a fork while gaming and chips and such are possible, but then you get a gross controller. Usually not worth it. Besides, you’re busy playing a game. In fact, I ran a brief survey of Geekosystem staff (ok, just James and me) and neither of us eat while gaming. In fact, gaming keeps us from eating, and extended play sessions are not an extended meal as Chaput suggests, but actually extended fasts. Then again, we aren’t teenagers, and have to buy or make the food that we eat. But still.

Which brings me to my next point. In this study, gamers were stopped after an hour. Typically, in my experience, gaming isn’t something that ends on a time deadline as often as it is something that ends on a game deadline: the end of a chapter, the next save point, one more cutscene, etc. I’m not sure how it might affect the results, but if gamers are interrupted, that might change the outcome. Again, it would be helpful to know what they were playing, because that could have a huge effect. Was it Cooking Mama?

Maybe I’m just being defensive of a hobby I hold dear, but the fact of the matter is, the numbers are there. Hopefully this won’t be used as a “video games are bad” argument, but rather a “this is a thing you need to be careful of when you partake in the perfectly acceptable and totally OK hobby that is gaming” advisory. I still maintain that it’s unfair and unwise to assume that gamers eat while gaming the same way you eat while watching television.

You can read the paper’s abstract here, but you have to shell out for the real thing. Or maybe be in college. If anyone can tell me what they were playing, I’d really like to know.

Edit: Thanks to TwoSheepForAnOre in the comments, we now know they played FIFA 09. Take that as you will. As for me, I choose to scoff.