The Fix is in: Bookies Bet Call of Duty: Black Ops 2 Will Be The Holiday Season’s Best-Selling Game 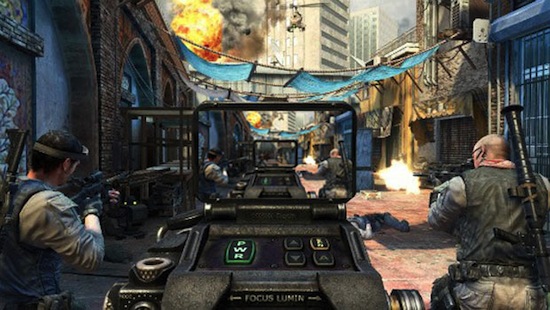 Holiday shopping has become a bit of spectacle, hasn’t it? Between the rise of Black Friday sales and the mass hysteria that can ensue over “it-gifts”, it’s not hard to see how you could get a sort of disturbing, secret enjoyment about watching the world’s mad dash to buy the right presents. For some of us, though, watching simply won’t be enough… Which is why a couple of UK-based online bookies are setting odds for what video game will sell the most copies this holiday season. Of course, the odds heavily favor Call of Duty: Black Ops II. With Call of Duty games winning the holiday race for the last three years, how could they not?

Both Paddie Power and Ladbrokes.com are basing their analyses on sales numbers in the UK. Though they’re covering the same event, their lists of likely candidates are very different. While both bookmakers agree that Black Ops II is the favorite, the rankings vary wildly after that.

Here are the odds, as determined by Paddie Power:

Personally, I prefer the Ladbrokes odds, mainly because their list better represents the entire field of potential holiday hits.

If the supremacy of Black Ops II makes it feel like the whole thing is rigged, Paddie Power also has set of odds for the highest seller other than the next Call of Duty.

With the odds stacked so heavily in Call of Duty’s favor, betting on the chart-topper doesn’t really feel like its worth it. Then again, gambling on sales numbers doesn’t really like it’d be worth it in general.