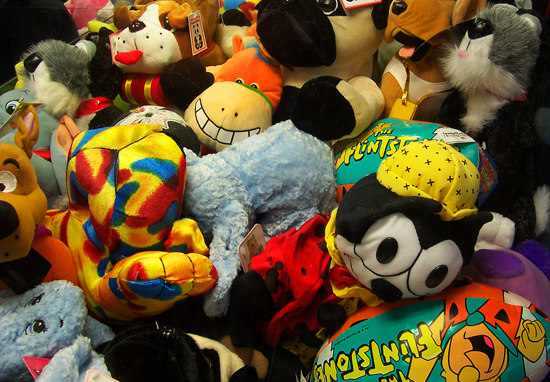 Claw machines have mostly been relegated to a sad existence in the breezeway at supermarkets or left to rot in shady bowling alleys. Many a childhood dollar has been spent in search of stuffed animals and gaudy jewelry buried within their glass confines. As it turns out, those machines had next to nothing to do with skill. Reddit user TheDJTec, who claims he is an arcade owner, has confirmed that they totally are rigged just like we always thought.

In a way, it’s like gambling, but with the added detriment that the player might just be terrible at gauging distance. Here’s what TheDJTec had to say when someone asked him specifically about claw machines being rigged:

Most machines have a CMS (Command Module Settings) which allow the owner to change a couple factors:

* PSI of claw. Most claws are 5-8 PSI requiring 10-13 to grab an item. Note, the setting module for the PSI is usually manual, there are springs on the claw that have little red marks. The module will tell you which mark to tighten the spring for the desired effect :)

Under California law my claws are set to 1/12 which means 1/12 players will have a chance to win. The example I used before is a ‘toy’ requires 10 PSI to lift. My claw during 11/12 tries will apply 4-6 PSI, or just enough to shuffle it or barely pick it up. During the 1/12 tries the claw will apply 9-11 PSI, sometimes picking it up and dropping, some successful :)

That doesn’t mean if you work the claw machine 12 times you’re guaranteed a win. Math, unfortunately, just doesn’t work that way. It does mean you have about an 8.33% chance of maybe almost getting plush treasure if you manage to actually put the claw in the right place. Scenarios like those found in Toy Story are almost pure fiction even if you too worship The Claw.