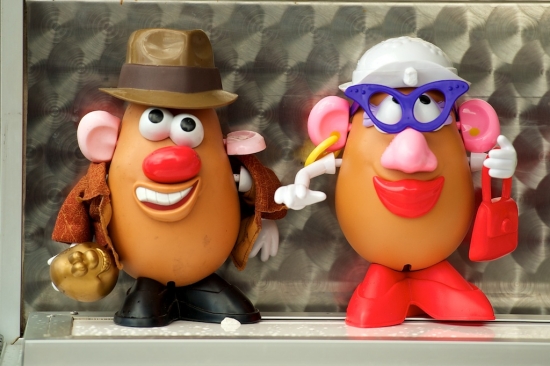 Wi-Fi on airplanes is great as an idea, but the sad reality is that W-Fi on airplanes is actually terrible. Anyone who tries to connect their device to an in-flight Wi-Fi connection is in for a spotty, frustratingly slow experience, and as more people start using Wi-Fi enabled devices, it’s only going to get worse. Boeing wants to improve in-flight Wi-Fi, so they’ve begun a new process for testing signal strength using sacks of potatoes as stand-ins for humans. Makes sense. As far as most airlines are concerned, we’re all just sacks of potatoes anyway.

Because everything in the world needs to have a clever acronym behind it, the program to test Wi-Fi signals on planes using potatoes is called Synthetic Personnel Using Dielectric Substitution, or SPUDS. We’ll tolerate the ridiculous name if it makes the Internet go faster.

The reason potatoes are being used as substitutes in the testing is that they interact with radio signals in a very similar way to humans. Instead of Boeing paying people to basically sit and do nothing in an airplane while they test signal strength, they can just buy a lot of potatoes to do the job instead. Plus, at the end of the day, instead of dealing with grumpy people who have been sitting on an airplane all day, you can just eat a bunch of potatoes.

Potatoes are delicious. People are not. Probably.

Hopefully this testing leads to faster in-flight Wi-Fi soon, and if it extends to getting Wi-Fi that works at all on the bus I take to work every morning, well that’d be pretty swell too.