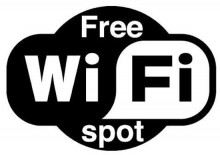 JetBlue wants to give you free Wi-Fi service during your flight starting next year. Well, it’ll be free until the new service is installed on 30 JetBlue planes, which seems like a weird benchmark. Maybe that’s why we’re not running a major airline. Perhaps even more important than being free, JetBlue has set one very clear goal for the service, due to start in the first couple months of 2013: It must not suck. That would certainly set it apart from current in-flight Wi-Fi offerings, the bar for which is set so low that it is functionally a ditch.

Anyone who has tried using Wi-Fi regularly during a flight knows what a pain it is. If you don’t have a frame of reference for this, just feel lucky. If you would like a frame of reference — and keep in mind you’ve been warned against it — imagine if using the Internet was like handing a stranger $20 dollars, and then that person starts flogging you with a length of barbed wire while very slowly reading aloud the first half of every web page you want to load.

In-flight Wi-Fi is like that, but much, much worse.

So rather than going with one of the current providers, which are better at making passengers weep tears of blood in their frustration than they are at actually making the Internet go, JetBlue is using a new provider, ViaSat. The plan has been in the works for a couple of years now, and it looks like it’s finally ready to be released into the wild. It’s too early to say if this will really be the upgrade in service JetBlue seems to think it is, but in all seriousness, it would be really hard to be worse than the available offerings, short of some sort of technology that caused your computer to impugn your mother’s honor and then punch you in the throat.

Our two cents? JetBlue has regularly made flying a more pleasurable experience than we’re accustomed to, turning regular cross-country flights from a soul-crushing exercise in trying not to murder people into a merely unpleasant series of hours that can be easily slept through following a liberal application of alcohol. For that, we’re willing to give them the benefit of the doubt. Add in the fact that they’re offering at least the pilot program for free as they work out what inevitable kinks end up in the system and yeah, it might be time to actually look forward to your next flight not sucking.