Thankfully, THIS writer only had to see it once. 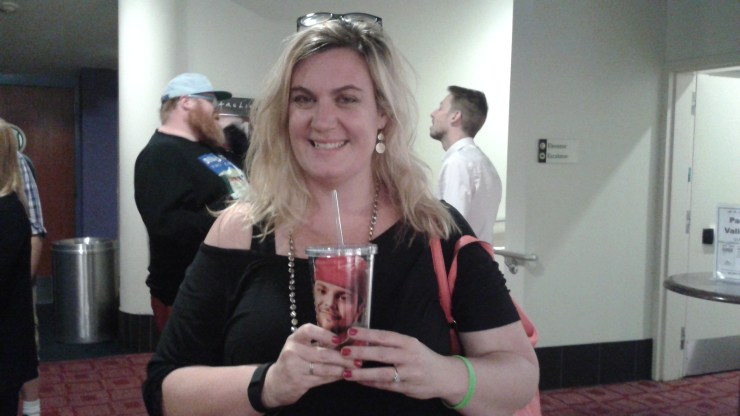 Wendy Molyneux. This woman has been to hell and back three times with this Turtle cup.

Back in May, we told you about Bob’s Burgers writer (and possibly a writer on the female-led 21 Jump Street?) going to hate-watch the Entourage movie for charity. Well, her GoFundMe page was so hilarious, and the entire concept so inspired that I couldn’t help but give! I ended up giving at the level that would allow me to accompany Molyneux to see the film with fellow donors. So many people gave, she ended up needing to schedule four separate screenings! I caught her on viewing Number Three, and after the film, I got to ask her a couple of questions about the experience for The Mary Sue!

Teresa Jusino (TMS): What was your first impression of Entourage?

Wendy Molyneux: I actually thought it would be fun when I went the first time? Like, I didn’t think I’d like it, but I thought I’d have fun? But [laughs] it’s not that fun. It’s not as fun as I thought it would be! Except for Turtle, who’s a genius – Jerry Ferrara – is a genius in the movie. And I’m not saying that because he gave a bunch of money to cancer research. I’m saying that, because I think he’s, like, a Meryl Streep-type actor.

TMS: Anything you noticed upon your third viewing?

Molyneux: Oh, yes, yes, yes. There’s a lot of things I noticed. For example, the first time, I thought the movie was an hour and forty minutes long, but my third time I realized it’s actually, like, an infinite loop that you just get stuck in. And that I’ve always been seeing the Entourage movie, and I always will be seeing the Entourage movie. And that I’ve done this to myself.

TMS [laughing, misspeaking]: You’ve done this for yourself…

Molyneux: I’ve done this to myself. Not for myself. This is not an act of self-love. This is a terrible thing to do to yourself. 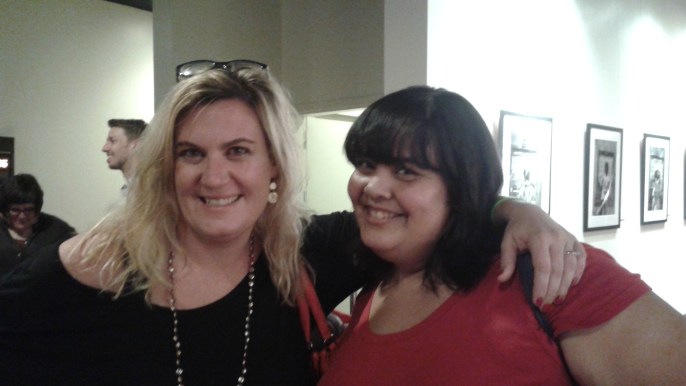 Molyneux and Me. Together in the trenches.

TMS: But you did it for a good reason! Why don’t you tell us about that, and take your mind off the trauma?

Molyneux: All of the money that was raised, which was over $33, 000 – which was other people giving, it wasn’t me making that money, it was other people giving, which is awesome – all that money is going to CureSearch, which looks exclusively for cures for children’s cancers, for pediatric cancers. So, that money is safely in their hands now. Although people can still actually give. They actually have control of the account now, so the amount will stay the same, but the money already is in their possession and they’re building a page on their site that will be dedicated to this fundraiser, too, but you can still give on the GoFundMe site.

However, she’s not going to see Entourage again. She’s limited herself to four viewings for her own sanity.

And what did I think of the movie? Molyneux was right, it wasn’t even “so bad it was good.” It was just bad. And boring. And not fun. However, I also agree that Ferrara was one of the best things about it. Ditto Jeremy Piven. But I ended up thinking the whole time about how insulting it is that this story is considered a “male story,” as if women don’t ever dream about running shit and making money. I took my friend Heather to see it with me, and we spent the rest of the evening talking about our ambition, and how we’ve been friends since high school, and now we’re both in L.A. pursuing a career in entertainment, and what would our story look like on screen. So, I guess… thank you Entourage. For allowing Molyneux a platform through which she could help raise money for a good cause, and for giving me a reason to work on writing a better movie.