Blizzard Blocks Iranians From World of Warcraft | The Mary Sue 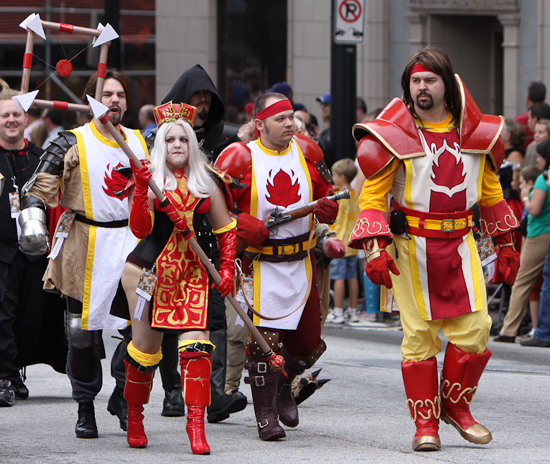 There are some pretty heavy economic sanctions businesses have to deal with under United States law. A number of these have to deal with Iran, because the US isn’t what you’d call a fan of their government. However, digital goods and the like have a tendency to be mostly ignored; this isn’t because they aren’t against the law, per se, but because it’s a difficult thing to effectively track and stop. In order to comply with these sanctions, however, it looks like Blizzard has finally blocked access for Iranians to World of Warcraft.

This comes not long after it was reported that Iran was actually blocking Battle.net because it promoted mythology and superstition. At the time, this was seen as Iran doing its normal thing when it comes to the Internet. Now, however, it can be potentially seen as Iran’s response to the digital blockade of their country rather than a sudden condemnation. After all, much better to be seen as blocking something because you want it that way. It’s hard to say if this is the reason, but nobody likes to admit that they’re being purposefully cut off from something.

A Blizzard employee, with the handle Lurdlespor, offered up this illuminating explanation on the company’s forums:

Our team has been watching this thread closely, and we understand the desire for more information about this situation. Blizzard Entertainment cannot speak to any reports surrounding the Iranian government restricting games from its citizens.

What we can tell you is that United States trade restrictions and economic sanction laws prohibit Blizzard from doing business with residents of certain nations, including Iran. Several of you have seen and cited the text in the Terms of Use which relates to these government-imposed sanctions. This week, Blizzard tightened up its procedures to ensure compliance with these laws, and players connecting from the affected nations are restricted from access to Blizzard games and services.

This also prevents us from providing any refunds, credits, transfers, or other service options to accounts in these countries. We apologize for any inconvenience this causes and will happily lift these restrictions as soon as US law allows.

None of this is to say that Blizzard ever really approved of Iranian players. According to Massively, they had previously not authorized the download of their games or products in Iran. The exact correlation between Iran’s mythology block and Blizzard’s Iranian block is hard to pin down. Iran’s superstition sanctions could have actually caused Blizzard to review their own procedures on dealing with Iran, thus leading to cutting those players off entirely.

Ultimately, Iranians players are the ones left out in the cold here.