Today We Learned: Black Widow Almost Got a Movie Before Iron Man 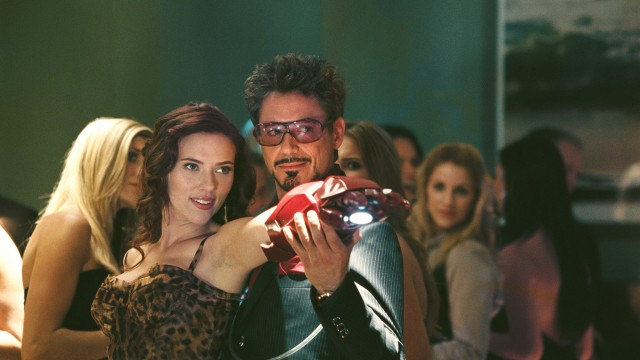 As you all know (because it’s kind of a sticking point for us), Marvel has yet to make a movie within their cinematic universe that features a female hero at the helm. But back before they started making waves with Iron Man, there was serious talk of putting out a Black Widow film in 2004—and it involved the screenwriter for the first two X-Men films.

Wheels got turning back in the ’90s, after Marvel had sold off the rights to many of their characters. (David Bowie’s wife also tried to put out a Black Widow/Daredevil-led TV series in the ’70s, but that’s not important right now—though if you want to stop and take a look at the wacky costumes at CBR, it’s worth the detour). But it wasn’t until X-Men and X-Men 2 writer David Hayter put together a screenplay for Lionsgate that the project almost saw the light of day.

According to a summary of the screenplay, it would have followed Natasha Romanova’s comic book origins fairly closely; we’d open with her being adopted by Red Room training facility worker Ivan Petrovich and undergoing the exhaustive super-soldier training process, including a medical procedure that enhances her reflexes. After the fall of the Soviet Union, she escapes to the United States by stealing an experimental “Widow Suit,” but Petrovich’s boss, Sergei Riskolje, hunts her down years later (and her undercover CIA operative boyfriend, of course) so that he can use her DNA to replicate the procedure and train more super-spy girls. Big battle at the Red Room ensues, she beats up all the guys (including her undercover CIA operative boyfriend who was actually a Soviet spy all along, of course), saves all the new trainees, and then returns to work for the CIA. That sound you’re probably hearing right now, by the way, is Joss Whedon female superpowered survivor archetype-obsessed mind reeling.

But the movie never got made. According to Hayter in 2011, it was because too many female-led action movies had come out around that time. You know, if by “too many,” Lionsgate meant “six.”

Unfortunately, as I was coming up on the final draft, a number of female vigilante movies came out. We had Tomb Raider and Kill Bill, which were the ones that worked, but then we had BloodRayne and Ultraviolet and Aeon Flux. Aeon Flux didn’t open well, and three days after it opened, the studio said, “We don’t think it’s time to do this movie.” I accepted their logic in terms of the saturation of the marketplace, but it was pretty painful.

Can you even imagine a male-led action flop directly leading to another one not getting made? For real. Show me when that has happened. That’s not a rhetorical device, by the way, that is me legitimately wanting to know.

Anyway, Hayter shopped the script around to other movie studios, but no one picked it up, and the next year Marvel regained the rights to the character and threw her into 2008’s Iron Man 2. However, Hayter’s also on record as saying he’d be happy to retool his original script in case the company ever decided to follow through with that Black Widow movie idea (he loves the character so much that his daughter’s name is “Natasha”). So…. your move, Marvel.